Porsche Debuts The 911 GT3 With A New Touring Package, Drops The Rear Spoiler 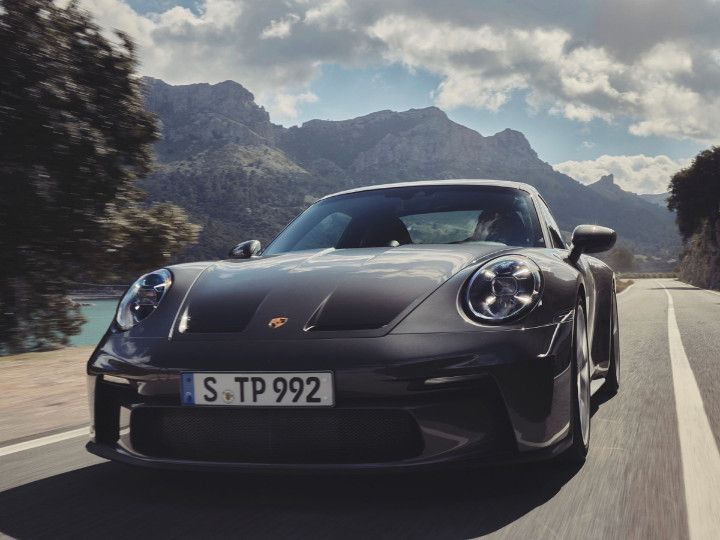 After revealing the track-focused 911 GT3 in February this year, Porsche has now unveiled the optional Touring package for the high-performance car. With some of the track-specific elements gone, this is your 911 GT3 for the road, with a flat-six naturally aspirated engine revving up to a  mind-boggling 9,000rpm! But how do you tell this one from the standard model?

The giveaway here is the absence of the gigantic rear wing. Instead, now there’s a smaller automatic spoiler that lifts up for additional downforce. Silver aluminium inserts around the glasshouse and exhaust, coupled with a redesigned front bumper, is another hallmark of the 911 GT3 Touring.

Inside, the car gets a dark theme, with most of the elements finished in black. Also, the steering wheel, gear lever, central armrest, and door pads are draped in black leather (instead of Alcantara found in the track-focussed version). The cabin design and layout, however, is similar to other 911s.

Fun Fact: Even the clock in the centre console gets a different colour and dial design. You gotta love this attention to detail!

All the changes out of the way, let’s come to the things that haven’t been tinkered with. The 911 GT3 Touring will use the same 4.0-litre flat-six boxer engine that belts out 510PS and 470Nm. Also, like the track-oriented car, this one can be paired with either a 6-speed stick shifter or a 7-speed dual-clutch automatic.

Porsche has yet to reveal the performance figures, but we reckon they should be similar to the track-friendly version -- 0-100kmph in 3.4 seconds (for the automatic) and 3.8 seconds (for the manual). Last but not least, all those track-ready upgrades found underneath the standard 911 GT3’s skin are present here too. Take a closer look.