It isn’t the quickest 911, but this ought to be the most distinctive car out there 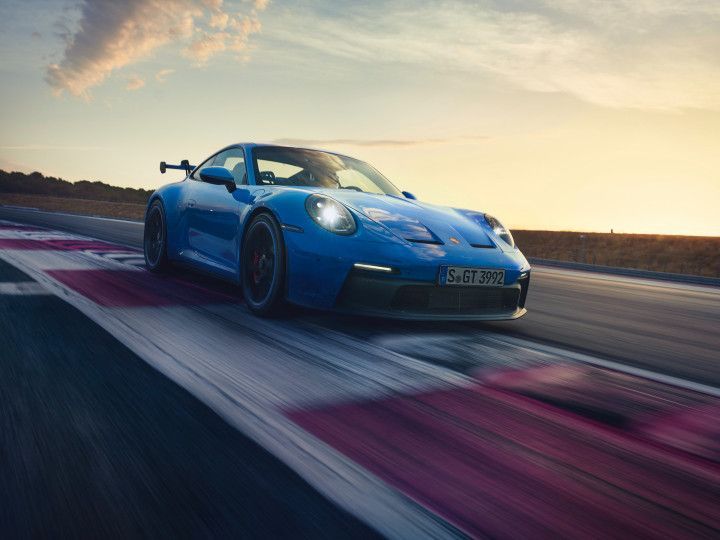 The leashes are off the 992 911 GT3, one of the maddest variants of the 911. Co-developed with Porsche Motorsport, the new GT3 brings motorsport DNA to the road. It’s also quick, very quick, thanks to the naturally aspirated engine that revs to a staggering 9,000 rpm!

Despite downsized turbocharged engines taking charge of late, Porsche has decided to retain the 4.0-litre NA flat-six boxer motor, which is a direct lift from the GT3 Cup car. It has also managed to squeeze out more juice: 510PS and 470Nm of thrust, 10PS and 10Nm more than before. Well, it isn’t as powerful as the twin-turbo unit found in the Turbo S (650PS and 800Nm). But hey, this one ought to have more character. Just hear its sound below.

Enthusiasts can also rejoice as Porsche has retained the 6-speed manual gearbox with rev matching as standard. Those who want an automatic, have the option of Porsche’s 7-speed dual-clutch automatic transmission. It’s also quick, doing 0-100kmph in 3.4 seconds, but it’s still 0.5 second slower than the AWD Turbo S.

However, the 911 GT3 is all about the driving experience, especially with its motorsport DNA. The double-wishbone front suspension has been adapted from the 911 RSR race car and that should help with agility around a circuit or your favourite mountain road. The adjustable front diffuser and the larger rear wing (also adapted from the 911 RSR) will ensure maximum downforce and stability. Heck, even the wheels (20-inches at front and 21 at the rear) have one centre locking nut, similar to a race car.

The 911 GT3 has also undergone a heavy weight loss thanks to the generous use of carbon fibre. The hood with two scoops, the roof, the rear wing, and even the ORVM mirror caps are built of the lightweight stuff. Even the windows are lighter than before while the exhaust system, which sounds insanely good, is 20 kilos lighter than the standard model. It is also wider, longer, and lower than before. Clearly, this Porsche means business!

The overall result of all these updates: it’s a whopping 17 seconds quicker around the Ring than before, at 6 minutes and 59.927 seconds!

The GT3’s basic interior layout is similar to the standard 911, but the motorsport DNA has been infused here as well. You know you’re in the GT3 with a glance at the rev counter, which goes all the way up to 10,000rpm, instead of 8,000rpm in the standard model. The displays flanking the dials have a new track screen function, which brings up the tyre pressure, oil pressure, oil temperature, fuel tank level, and water temperature indications in the press of a button.

The 911 GT3 is set to go on sale this May and should be offered in India soon after that. It isn’t the quickest 911 out there, but this one surely has the character and soul of a true Porsche. In fact, this is one of the maddest Porsches ever built!