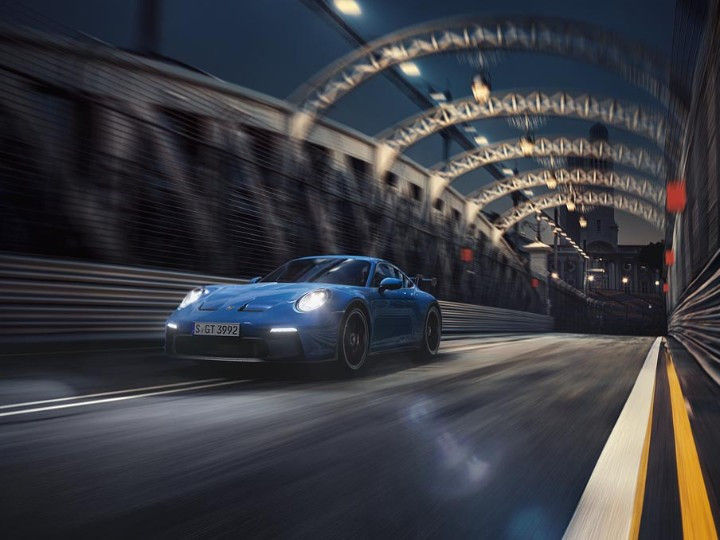 Those longing for a hardcore Porsche 992 911 in India have had their prayers answered,  as Porsche has silently brought in the manic 992 911 GT3 at a price tag of Rs 2.5 crore (ex-showroom, India). It first debuted back in February 2021, and brings over bonkers performance from Porsche Motorsport to the road. It slots in between the 911 Carrera S and the top of the line 911 Turbo S in India. The Touring Package is also available in India for the same price.

Power ain’t everything as the 992 911 GT3 also gets performance wizardry such as the 911 RSR racecars’s double-wishbone front suspension racy wheels (20-inch front, 21-inch rear), an adjustable front diffuser and a prominent rear wing.

It also goes on a heavy diet over the standard model with carbon fibre elements on the dual-scoop hood, rear wing, and the ORVM mirror caps, lighter windows, and a 20kg lighter exhaust. All this combined makes the 991 911 GT3 quite the handy beast on a racetrack, with the track-focused 911 lapping the legendary Nurburgring circuit in 6 minutes and 59.927 seconds, a whopping 17 seconds quicker than before.

The cabin also gets some motorsport influence with a revised rev counter, and a track screen function where you can keep an eye on the tire pressure, oil pressure, oil temperature, fuel tank level, and water temperature.

If the 992 911 GT3 is a tad too extreme, Porsche is also offering the optional Touring package that replaces the gigantic rear wing for a smaller automatic spoiler, and gets a more civilised front bumper. The cabin features a dark theme, with leather wrapped around the steering wheel, gear lever, central armrest, and door pads. The Touring pack does slightly affect performance despite using the same 4-litre flat-six boxer motor, with a 0-100kmph sprint in 3.9 seconds. (0.5 seconds slower). There is no difference in price though.

Sure, the 992 Porsche 911 GT3 belongs in a niche category amongst performance models, but it is as close as you can get to a road-legal 911 racer.