The all-new Discovery gets a lot of new tech and toys. Here are some which make a difference. 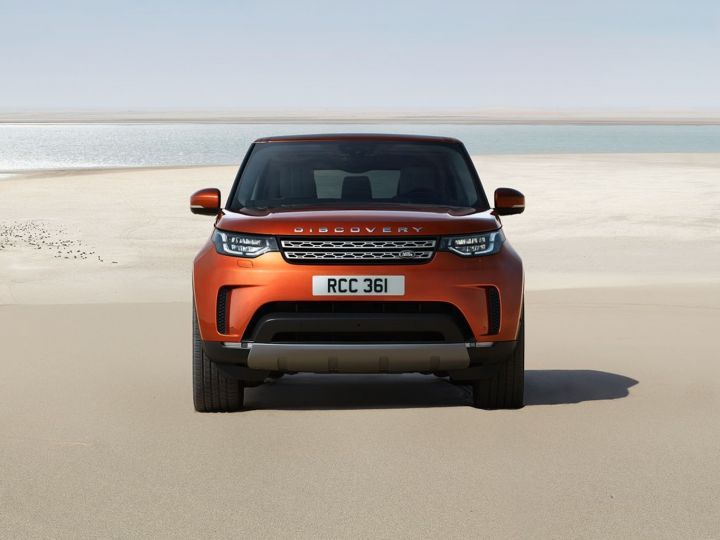 The Land Rover Discovery will soon be making a comeback in the Indian market. Replacing the Discovery 4, the all-new Discovery has some massive shoes to fill. The one thing which the Discovery 4 did effortlessly was going over everything. Mud, slush, hills or rocks, the Land Rover could conquer it all in a breeze while holding occupants in the lap of luxury. The new Discovery is supposed to be leaps ahead of the older one. Here is a list of ways it has improved over its predecessor, both in terms of capability and comfort.

The all-new Discovery has parted ways with the ladder frame and adopted a new monocoque structure. The new lightweight aluminium construction is 480kg lighter than before, which translates into more efficiency and performance. This will make the SUV more comfortable on the road, where, let's face it, it will be spending most of its lifetime. But, this does not take away from the fact that it could still climb hills and even some small cars. And just to ensure that the Discovery can indeed be taken anywhere and everywhere on the planet, it has been tested in climate chambers where the SUV has been frozen under -40°C and roasted till 50°C.

2. Accommodates All And Beyond

The Discovery is the only SUV in the Land Rover range which has a proper seating for seven. And unlike the last one, all three rows of the new Discovery can seat adults. And just so the occupants don't feel cluttered, there a panoramic sunroof which extends all the way to the third row. To make matters more comfortable, the Discovery has always had the distinct stepped roofline, which is there for a very specific reason. You see, the Discovery offers a 'stadium seating' configuration, which means that each row is positioned higher than the one in front. This ensures all passengers get a clear view of the road in front.

The LR Discovery measures 4,970mm long, 2,220mm wide (with ORVMs out) and 1,846mm tall. This makes the current-gen SUV 141mm longer but both narrower and lower than before. The wheelbase has also increased by 38mm and now stands at 2,923mm, making more room for the rear passengers.

The Discovery has always been as luxurious as it is capable off-road. This time too, the same is true. To add to the wow factor, the Discovery now gets air suspension -- the SUV lowers itself by up to 40mm when the ignition is switched off or the seatbelt is unhooked, indicating that a passenger is preparing to exit the vehicle. Neat, right?

Inside, as expected, there is leather. You now also get a 10-inch InControl Touch Pro infotainment system which adds a modern touch to the cabin. This system supports both Apple CarPlay and Android Auto connectivity and the music output is distributed in the cabin via a 14-speaker Meridian digital surround system with additional subwoofer.

Additionally, all the three rows come with heated seats while the front two rows are heated and cooled as well. Moreover, the massage seat function is available for the driver and the front passenger as well. Speaking of seating, Discovery also gets the 'Intelligent Seat Fold' technology, which lets you change the configuration of the second and third row of the SUV remotely via a smartphone app, so when you get to the SUV, you get the desired loading/seating space.

4. King Of The Hill, And The Flats

It's a Land Rover, so it has to be good off the road. So, to ensure you don't end up scraping the belly of your SUV, the Discovery has a ground clearance of 283mm and can dive into water bodies up to 900mm deep. Compared to the last Discovery, this is an increase of 43mm in clearance and a massive 200mm in water wading. Also, if you are in the mood to go hiking, the Discovery's sharp approach angle of up to 34 degrees, breakover angle of 27.5 degrees and departure angle of 30 degrees will keep you from losing the bumpers.

Now, to help dummies like myself go off-road, the Discovery has Land Rover’s multi-mode Terrain Response 2 system. This system comes with a range of settings. With a change in the ride mode, the SUV adjusts the throttle sensitivity and gear changes to suit the driving conditions.

The New Discovery can also pull, a lot. The towing capacity is now a massive 3,500kg, which is assisted by systems like a semi-autonomous 'Advanced Tow Assist', which provides active guidance lines for you to park the load easily.

The new Land Rover Discovery is available with a range of four- and six-cylinder petrol and diesel engines, all paired to a ZF eight-speed automatic gearbox. In India, we get the 3.0-litre, twin-turbocharged diesel with 258PS/600Nm output and a 3.0-litre, supercharged petrol unit developing 340PS/450Nm.

We will get to choose between 5 variants and a limited edition trim. The prices for the same are as follows.

Bookings for the Discovery are now open and the first deliveries will begin from November.