5 Things That Are New In The Facelifted Maruti Swift

The Swift gets dual-tone variants for the first time 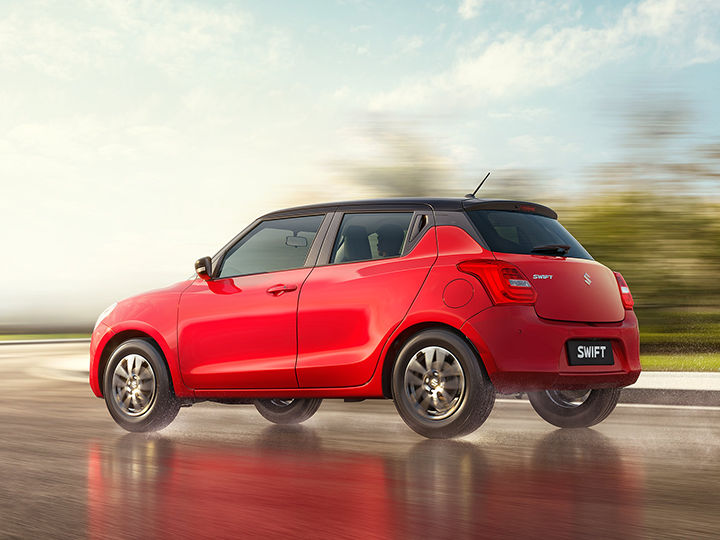 Maruti has launched the facelifted Swift and with it come a couple of updates to the design, engine, and features. The hatchback also gets dual-tone variants that are priced at a premium above the top-spec ZXI+ variants. Let’s take a look at what’s new in the updated Swift:

The facelift includes only one significant design change: a new honeycomb mesh grille with a chrome strip in the middle. Unfortunately, the major design updates from the Japan-spec model like the sportier bumper haven’t made it to our shores.

For the first time, the Swift is offered with dual-tone variants in addition to the LXI, VXI, ZXI, and ZXI+ variants. The dual-tone manual and automatic options cost Rs 14,000 more than the ZXI+ variants and are priced at Rs 7.91 lakh for manual and Rs 8.41 lakh for AMT (ex-showroom) respectively. There are three shades on offer, namely: Pearl Arctic White with Pearl Midnight Black roof, Solid Fire Red with Pearl Midnight Black roof, Pearl Metallic Midnight Blue with Pearl Arctic White roof.

Under the hood is a new 1.2-litre Dual Jet petrol engine that the Swift borrows from the Dzire and Baleno. Its power is rated at 90PS, which is 7PS more than the previous unit, and it comes with a manual gearbox and an AMT option. The torque is rated at 113Nm as before. The manual version gives a fuel efficiency of 23.20kmpl whereas the AMT option is more efficient at 23.76kmpl, making the new Swift slightly more efficient by around 3kmpl.

With the update, the Swift also gets a handful of additional features. These include auto idle start-stop (improves fuel efficiency), cruise control, and auto-foldable ORVMs. The cabin also gets a breath of fresh air with a 4.2-inch TFT colour driver’s display, which is also seen in the Baleno.

Increased Safety For The AMT

The facelifted Swift is priced from Rs 5.73 lakh to Rs 8.41 lakh (ex-showroom). It resumes its rivalry with the Hyundai Grand i10 Nios, Ford Figo, and Renault Triber.