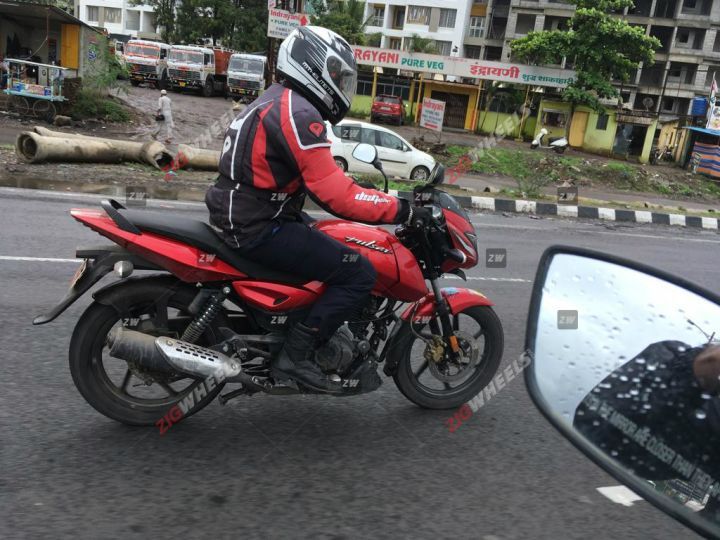 A test mule of the upcoming 2020 Bajaj Pulsar 150  was spotted testing recently. We’ve come to know that the motorcycle will be equipped with a fuel injection system, helping it comply with the upcoming BS6 norms. Additionally, Bajaj seems to have re-introduced the red paint scheme for the updated model.

The motorcycle also appears to sport minor changes such as braided front brake lines, gold-finished calipers and reflectors on the fork. Apart from the above changes, the motorcycle appears to be unchanged.

Powering the entire Pulsar 150 range is the same 149cc single-cylinder motor which churns out 14PS of power at 8,000rpm and 13.4Nm of torque at 6,000rpm. Transmission duties are handled by a 5-speed gearbox.

From the images, it also appears that the motorcycle will likely carry the same underpinnings as before. This includes conventional telescopic forks at the front and twin gas-charged shock absorbers at the rear. Meanwhile, the braking hardware consists of 260mm front and 230mm rear discs on the twin-disc variant along with a single-channel ABS unit.