This BMW Bike is More Expensive Than A BMW 3 Series

It gets the most powerful BMW Motorrad engine ever 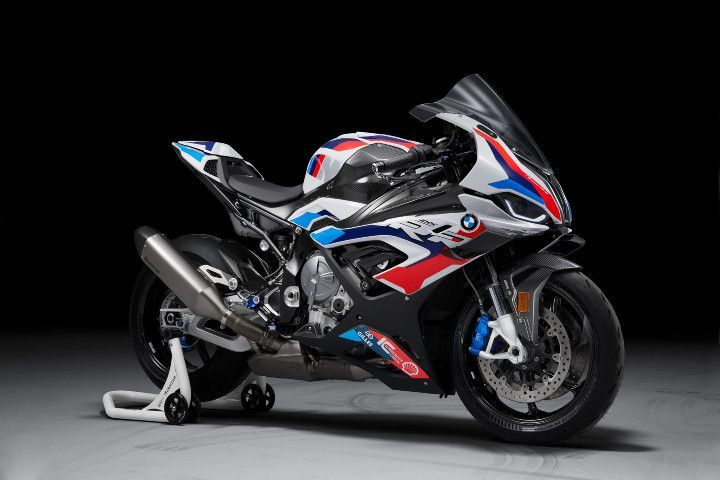 Finally, BMW has let the cat out of the bag. The M 1000 RR has been launched in India, and boy does it ask you to dig deep into your pockets! Even the ‘affordable’ standard variant has a staggering asking price.

BMW has priced the M 1000 RR’s base variant at Rs 42 lakh, while the ‘Competition’ variant will set you back by Rs 45 lakh. And, not to forget, these are ex-showroom prices. Once on the road, expect them to shave a few more lakhs off your bank account. Its current rivals are the recently launched Kawasaki ZX-10R and, from its brethren, the BMW S 1000 RR.

It’s based on the S 1000 RR, but BMW has tuned it to be more track-oriented. Thereby, it gets the same 999cc liquid-cooled in-line four-cylinder motor with variable camshaft control, making a blistering 214PS at 14,500rpm and a maximum torque of 113 Nm at 11,000rpm.

The M 1000 RR rides on 17-inch carbon wheels rather than cast alloys. To stay planted firmly at high speeds, it also gets aerodynamic carbon winglets. The standard version weighs 170 kg, whereas the ‘Competition’ trim tips the scales at 169.8 kg.

Holding everything together is the same aluminium chassis from the S 1000 RR, suspended on a 45mm preload and rebound-adjustable USD fork, and a monoshock with compression, rebound damping, and preload adjustability. Braking hardware includes dual 320mm front discs and a single 220mm unit at the rear. Dual-channel switchable ABS comes standard.

The M 1000 RR looks almost similar to the S 1000 RR sans the winglets and the paint scheme. It is offered in three shades: Light White, Racing Blue Metallic, and Racing Red.

With a staggering asking price as this, the BMW M 1000 RR is likely to grace only a handful of Indian garages. However, a little birdie tells us the incoming models have already been booked in a particular city in the southern part of India. As a track bike, the BMW M 1000 RR is definitely among the best in the world, and we bet you’re in for a treat (if you can afford one, that is).