A replacement for the decade-old VW Vento was in the works for a long time, and now, reports suggest the upcoming compact sedan, likely to be called ‘Virtus’, will break cover in March this year, followed by a possible launch in May. 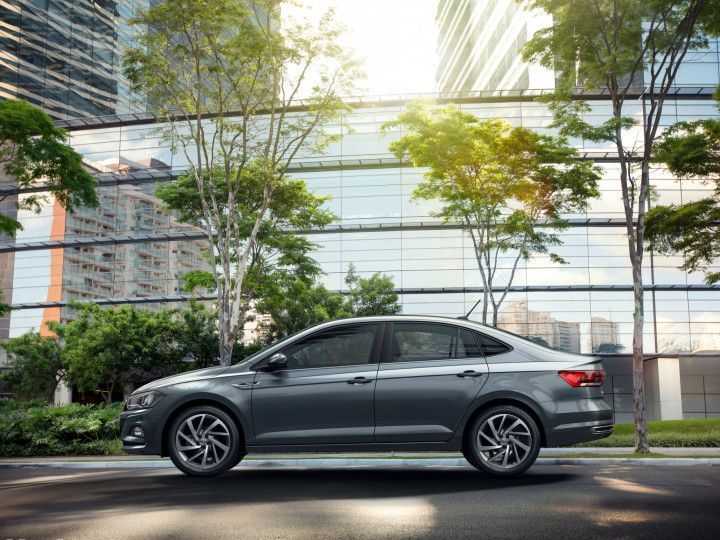 Like the upcoming Skoda Slavia (the Rapid’s replacement), the Virtus will be underpinned by the localised MQB A0 IN platform. This means the two sedans may have similar proportions, which means the Virtus would be bigger than the Vento.

Considering the Skoda Slavia shares design elements with the Fabia and Octavia, expect the Virtus to follow in its footsteps, meaning it will possibly borrow styling cues from the sixth-gen Polo (sold overseas) and generous use of chrome, much like the VW Taigun. We could also get a sportier GT trim sporting red highlights inside and outside.

To keep costs in check, the Virtus’ cabin might have certain similarities with the Slavia, which features a 10-inch infotainment system, a digital driver’s display (from the Taigun), wireless Android Auto and Apple CarPlay, ventilated front seats, connected car tech, and a single-pane sunroof.

Safety kit should consist of up to six airbags, ABS with EBD, rear parking sensors with a camera, and electronic stability control.

The compact sedan will be powered by 115PS 1-litre and 150PS 1.5-litre turbo-petrol engines, the same as the Skoda Slavia, Kushaq, and the VW Taigun. Transmission options will include a 6-speed manual as standard, and an optional 6-speed automatic (for the 1-litre TSI) and a 7-speed DSG (1.5-litre TSI).

We reckon Volkswagen will retail the Virtus at prices ranging from Rs 10 lakh to Rs 17 lakh (ex-showroom, India). Aside from the Skoda Slavia, it’ll take on the Honda City, Hyundai Verna, Maruti Suzuki Ciaz, and the upcoming Toyota Belta.