The Royal Enfield Himalayan dominates the chart by a huge margin, but there’s a surprise entrant this month 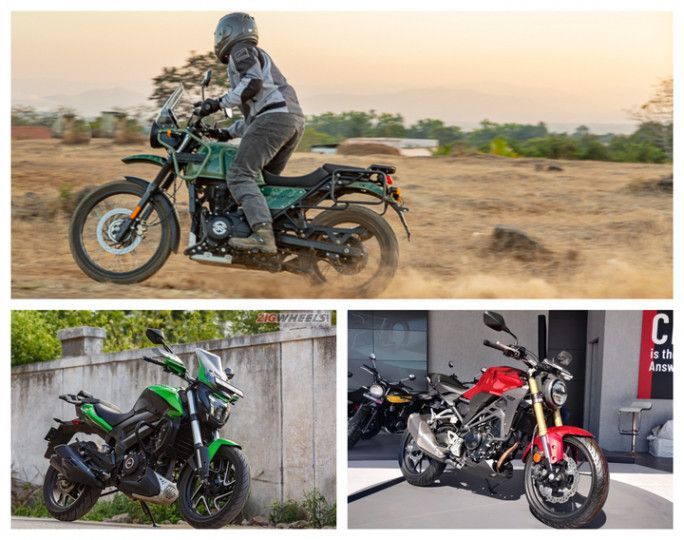 This year was off to a great start with some interesting motorcycle launches. Here’s a look at the SIAM (Society of Indian Automotive Manufacturers) sales report for motorcycles priced between Rs 2 lakh to Rs 3 lakh in the last month:

The Himalayan dominates by a huge margin. This is despite the fact that RE hiked the price of its ADV by upto Rs 8408 last month, along with Yezdi debuting its own ADV, the Adventure. While there is a slight dip compared to December, the numbers are strong. Now, Royal Enfield is all set to launch the Scram 411 next month.

The KTM 250 twins follow at the second spot. The Austrian marque launched the 2022 iteration of the ADV last month at the same price. The twins have seen a massive Year-on-Year growth of 54 percent. Even the Month-on-Month has gone up by 25.6 percent.

Following up the Austrian twins is Bajaj’s power cruiser. The Indian giant upgraded the Dominar 400 in October 2021 to make it more touring friendly, and that seems to have improved the sales of the bike. The sales shot up by six percent compared to January 2021, and 17 percent compared to December 2021. Here’s the review of the Dominar 400 UG2 to help you understand if the changes have made it better.

The TVS Apache RR 310 came in at the fourth spot, with a marginal improvement in Year-on-Year numbers, but a 20 percent improvement in Month-on-Month sales. This could be likely due to the absence of the 2022 KTM RC 390 in the market, but that could change since the RC is likely to make its debut next month.

The surprise here is the Honda CB300R. After a hiatus of two years, the neo-retro roadster made a comeback last month and seems to be an instant hit. Despite being an expensive proposition, the bike managed to outsell the Husqvarna Svartpilen 250 and Vitpilen 250 (combined sales of 243 units) and the KTM 390 lineup (combined sales of 241 units).