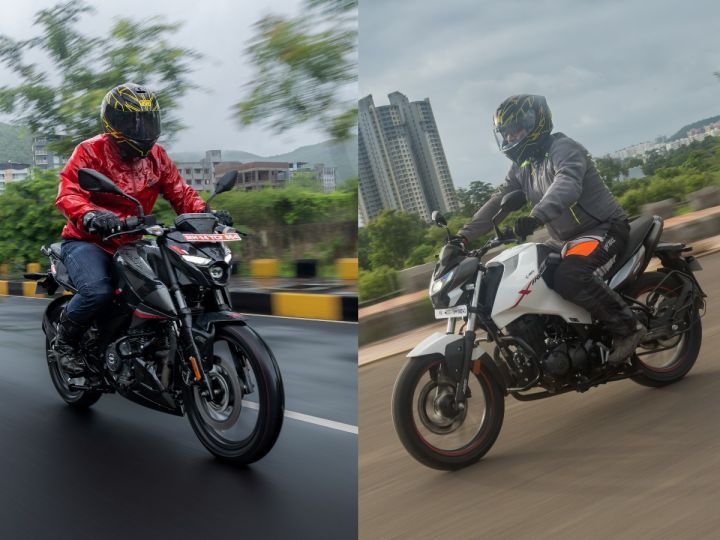 Bajaj recently launched the Pulsar N160, and as we have tested earlier, this bike is an absolute delight to ride. However, how does the latest entrant fare against the popular 160cc naked, the Hero Xtreme 160R?

What aids the Pulsar N160 in leading the charts in terms of outright acceleration is its 16PS and 14.7Nm-producing 164.82cc single-cylinder, air-/oil-cooled engine. This is despite being 15 kg heavier than the Xtreme 160R; however, the Hero produces much less at 15.2PS and 14Nm. The N160 has a wide torque band that churns out 14Nm from revs as low as 3000rpm, ensuring quicker acceleration.

Evidently, the N160 takes the win here as well with its incredibly tractable engine that allows the rider to ride away from speeds as low as 25kmph in fifth gear without much complaint. Despite the lower power output, the Xtreme 160R isn’t far behind, thanks to its light weight.

Once again, despite the Hero Xtreme 160R’s light weight, the Pulsar N160 stops much sooner than its rival. The incredible braking prowess on the Pulsar comes from the dual-channel ABS (a segment first), which makes it a more predictable setup and helps it shed speed more rapidly. Also note that the Xtreme 160R is equipped with a single channel ABS setup.

All of that power and all of that performance does not come at a cost on the Bajaj Pulsar N160, well atleast in the city. However, on the highway, the Xtreme 160R manages to perform better. That said, if your adventures are going to be dominated by city rides then the N160 is the bike for you.

Summing up, in most of the performance tests, the Bajaj Pulsar N160 takes the win, making it truly deserve the crown of the 160cc segment over its rival, the Hero Xtreme 160R. 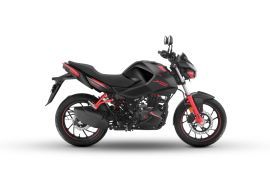 All Comparisons of Xtreme 160R