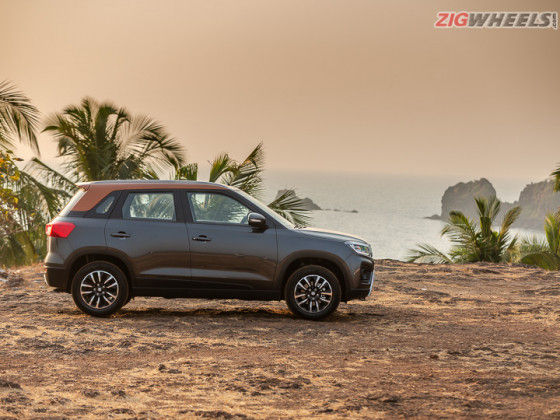 The 2022 Maruti Suzuki Brezza, slated for introduction on June 30, will be the next biggest launch from the carmaker. An interesting bit to note is that the carmaker will be dropping the ‘Vitara’ moniker, so the upcoming SUV will simply be called the ‘Brezza’.

We caught up with Shashank Srivastava, executive director, Maruti Suzuki India, for a brief overview on why this particular move has been made.

Speaking to ZigWheels, Srivastava said, “We were entering this segment for the first time (referring to the first-gen Brezza launch in 2016). Vitara was a well established name internationally and with the Brezza, we wanted to create a brand. We are happy that now it is the Brezza name that has got a larger traction and so it doesn’t require the Vitara moniker. Also, the awareness level has increased so much more with the Brezza name. Therefore, we decided that Brezza on a standalone basis will be a good brand without the Vitara name.”

So the motive behind this move is basically a marketing stunt, as the Brezza name now has better reach and is more popular than the Vitara tag. So it makes sense that Maruti has decided to stick with just that and not use the Vitara moniker. That said, would the Vitara moniker make a comeback? Well, that’s something only time can answer.

This will be the first generational update for Maruti’s sub 4-metre SUV. And with spy shots of the undisguised model surfacing online, we can comfortably say that the 2022 SUV is much more premium inside and out. Plus, Maruti will be playing the features card and has already confirmed the new Brezza will get up to six airbags, a sunroof, and a segment-first head-up display.

Pre-launch bookings for the 2022 Brezza are underway and it will be offered in seven variants and nine colours. Prices are likely to start from Rs 8 lakh (ex-showroom), and the SUV will renew its rivalry with the Tata Nexon, Hyundai Venue, Kia Sonet, Mahindra XUV300, and Nissan Magnite.