The new Himalayan is now greener and better, but should you buy one? 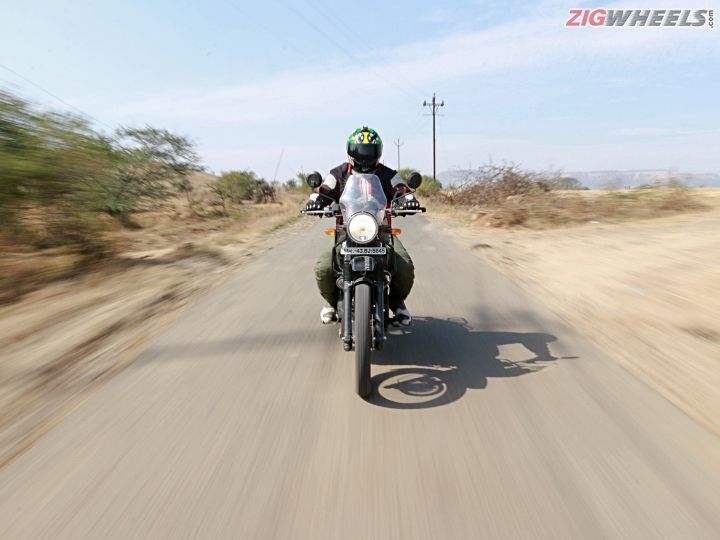 “It takes many years to build a reputation but only a moment to lose it.” This sums ups the Royal Enfield Himalayan’s journey pretty well. Launched with much fanfare a day prior to the 2016 Auto Expo, it holds the distinction of being the first indigenously developed adventure-tourer motorcycle in the country. The Himalayan made a positive start as everyone liked its off-road credentials, and the fact that it was priced affordably increased its appeal further. Sadly for the Himalayan, it couldn’t maintain the positive sentiments for long as cases of reliability issues and parts failure started to emerge, denting its image.

Also, with the BS-IV emission norms coming into effect in April this year, Royal Enfield had to discontinue the bike. Instead of just updating the motor to BS-IV norms, Royal Enfield decided to address the quality issues pertaining to the adventure motorcycle and launched an updated BS-IV version of the Himalayan in late 2017. But, have the updates been done in the right direction. And how much has fuel-injection changed the nature of the Himalayan?

To make the Himalayan’s motor compliant with the new BS-IV emission norms, RE engineers replaced the carburettor fuelling with a fuel-injection system. Power remain unchanged, but, has fuel-injection made any difference?

The answer is yes -- the throttle response feels crisper and the Himalayan also picks momentum rather eagerly. In our acceleration run, the new Royal Enfield Fi variant managed to clock a 0-100kmph timing of 11.69 seconds. In comparison, the older model managed the same in 12.27 seconds. Roll-on times are also much quicker as the new bike accelerated from 40-80kmph in 5.4 seconds, which is 3 seconds faster than the older bike!

The above numbers are despite the fact that power and torque figures remain unchanged. On top of that, the Himalayan Fi is 9kg heavier too. We suspect that RE might have increased the rear sprocket size for better low and mid-range performance. The above also makes riding in city traffic easy thanks to its tractable nature. However, the clutch action is on the heavier side and the gearbox dodgy sometimes.

While riding in traffic, the engine did tend to get a bit hot but it never went to unbearable levels. Out on the highway, the Himalayan cruised till 100kmph easily, but, once past it, the bike felt a bit out of breath. We would have appreciated a few extra ponies as part of the update for better top-end. Refinement levels still remain impressive for a Royal Enfield offering but we would have preferred better noise insulation. The motor sounds a bit gruff and that can feel a bit irritating over time.

Fuel efficiency is of utmost important for Indian bikers whether you’re touring on weekends or braving the traffic while commuting. In our highway mileage runs, the new Himalayan Fi returned 37.8kmpl, while in the city runs it dropped marginally to 36.26kmpl. The older Royal Enfield Himalayan in comparison delivered 34.5kmpl on the highway and 29.5kmpl in city. As you can see, fuel-injection and the revision in sprocket has made the new Himalayan more frugal. But clearly, the closeness of the city and highway figures is a clear indication that the shortened gearing does the bike no favours when cruising along at higher speeds on the open road. As things stand, this Himalayan will have a range of around 400km on a full tank while touring.

Ride Time:
Swing a leg over the bike and you’re welcomed by comfortable ergonomics, thanks to the flat handlebar and centre-set footpegs. Also the scooped-out seat allows for an 800mm saddle height, which means shorter riders wouldn’t feel nervous aboard it. RE engineers also seem to have beefed up the chassis and this has led to the 9kg kerb weight increase. However, the weight has been well distributed and you don’t really feel the extra mass. We rode the Himalayan on some flowing mountain twisties and the bike didn’t disappoint us. Yes, the front does feel a bit wallowy and you have to push the bars a bit while entering a corner, but it holds its line well. The off-road-spec Ceat tyres aren’t too shabby in providing grip and feedback either. On paper, the long-travel suspension front and back should result in great ride quality, but sadly, that isn’t the case in reality.

While the telescopic front forks took on the undulations and broken roads well, the rear didn’t feel pleasant over sharp bumps. We aren’t saying that the ride quality is harsh, but for an adventure tourer it should have been more supple. Take the Himalayan on trails and the bike comes into its element. It’s easy to stand and ride, while the 21-inch dia front wheel makes manoeuvring the bike feel natural when off the road.

My off-roading skills are limited and despite it, I was having a gala time on the Himalayan, appreciating the accessible and friendly nature of the machine. One particular aspect of the RE Himalayan that we didn’t like was its braking. The front brakes offer no feel and one has to squeeze it real hard for it to be of any effect. As for the rear brake, it has a tendency to lock up very easily. This is why we feel ABS should have been offered as an optional extra. Unfortunately, the rear brake reservoir on our test bike had no brake fluid, which was why we had to skip the braking test for safety reasons.

Verdict:
All said and done, has the quality improved in the new BS-IV Himalayan? Honestly, we only had a few days with the motorcycle and in that time period we faced no mechanical issues with the motorcycle while off-roading or touring. However, the lack of rear brake oil was a big miss by RE technicians, and this could have been avoided easily.

So would we recommend one? Sadly the answer is negative, as we would request prospective buyers to wait and watch for a few months to better gauge whether the quality has improved or not. The Royal Enfield Himalayan, in our opinion, is a Swiss Army knife with blunt blades, and we hope that the new updates give it the sharpness that it deserves.
Continue reading