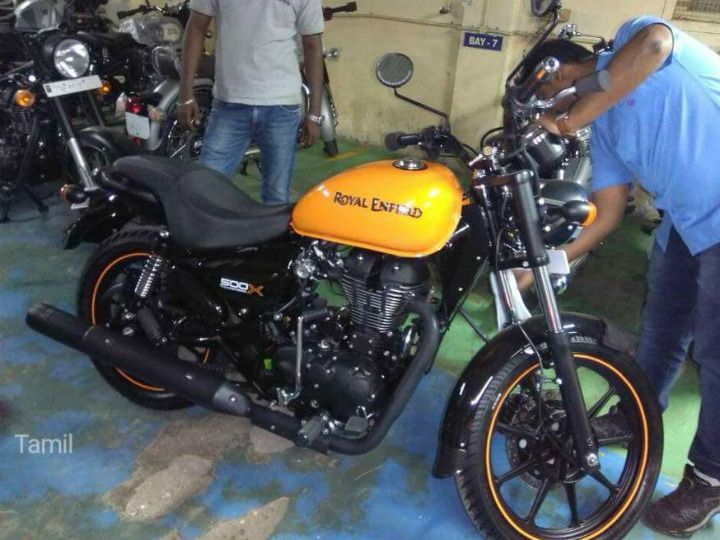 It is a more modern version of the Thunderbird 500 which is a classically styled cruiser. Unlike the standard bike, the Thunderbird 500X features a flowing single-piece saddle and bright colours that makes it look cool. Other additions include alloy wheels instead of spoke wheels which means the bike sports tubeless tyres, a first for any Royal Enfield motorcycle. Moreover, the exhaust muffler, fork tubes and centre panel are finished in black instead of chrome as found on the standard motorcycle.

Instead of the tall and curved-back handlebar found on the Royal Enfield Thunderbird 500, the new motorcycle has been equipped with a flat handlebar which should result in a slightly altered riding posture. The projector headlamp, LED DRLs and twin-pod semi-digital instrument console has been carried forward from the standard bike.

Powering the Royal Enfield Thunderbird 500X is the same 499cc, air-cooled, single-cylinder engine that is found in the standard Thunderbird 500. It develops 27.5PS at 5250rpm and 41.3Nm of peak torque arrives at 4000rpm. Power is transmitted via a 5-speed gearbox. Damping is provided by telescopic front forks and twin gas-charged shock absorbers at the rear. Fuel tank capacity on the Thunderbird 500X stands at 20 litres. The new bike will compete against the Mahindra Mojo and the UM Renegade Sports S.