Bajaj will launch its 200cc sport tourer based on the 200NS platform later this week. We take a closer look at what it holds in store for us and where it will stand in the market. Get more information on looks, engine specifications, prices, features of New Bajaj RS200 on zigwheels.com 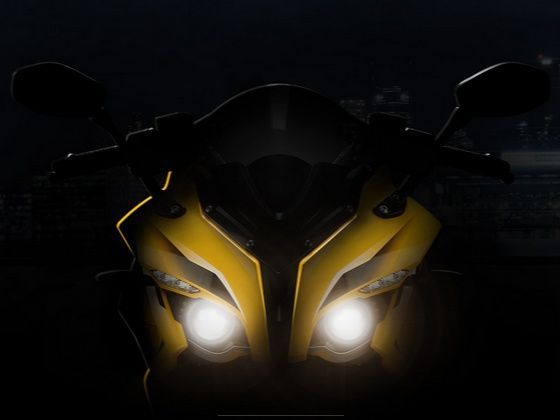 Since the time Bajaj took the wraps off the Pulsar SS400 sport tourer and the 400CS power cruiser, enthusiasts have been eagerly waiting for both these models to be launched in the Indian market. But the Chakan-based bike maker has decided to take things a little slower and introduce the smaller displacement version of the SS400 first. Recently christened as the Bajaj Pulsar RS200, the bike will take on the likes of the Yamaha YZF-R15 and the Honda CBR150R.

In the looks department, the new Bajaj Pulsar RS200 is pretty similar to the SS400 that was showcased at the 2014 Auto Expo. The design up front is aggressive and employs a multi-layered full-fairing with dual projector headlamps and LED pilot lamps. The turn indicators are small and resemble the ones we’ve already seen on the KTM Duke range. Keeping to the ‘Super Sport’ tag the new Bajaj Pulsar RS200 comes with front windscreen, split seats and a tall two-piece handlebar. The sharp rear end gets mudguard mounted floating LED tail lamps which looks unique but may not appeal to all. The underbelly exhaust too has been replaced by a dual-tone one.

Although Bajaj has been very secretive about the engine specifications of the new Pulsar RS200, we expect it sport the same unit that has already been plunked on the 200NS. Moreover, Bajaj claims the Pulsar RS200 to be the ‘Fastest Indian’ ever. Keeping that in mind and also considering that the Pulsar RS200 will be heavier than its naked sibling, a minor bump in the power can be expected. Needless to say, the top whack of the RS200 too will be better than the 200NS’ claimed figure of 136kmph. Currently the Bajaj Pulsar 200NS makes 23.5PS and 18.3Nm. The engine will come mated to a 6-speed transmission.

In terms of features, the RS200 will come with all the bells and whistles, especially for a bike in its segment. It will boast of a semi-digital instrument cluster with a digital clock, temperature gauge, side stand indicator and service due notification. The Pulsar RS200 will also come with two trip meters and a rev limiter. Going by the spy shots it is clear that the Pulsar RS200 will come equipped with Anti-lock Braking System too. However, it is still unclear whether ABS will come as standard equipment or as an optional extra.

Bajaj has always managed to price its products competitively and the Pulsar RS200 should be no different. We expect it to cost around Rs 20,000 higher than the naked 200NS which will bring it to an ex-showroom price of around Rs 1.2 lakh. At this price point it will directly compete against the Yamaha YZF-R15 (which too is due for an update in the near future) and the Honda CBR150R.