Have the updates made a substantial enough impact? And why is KTM still leaving us, Indian riders, hanging? 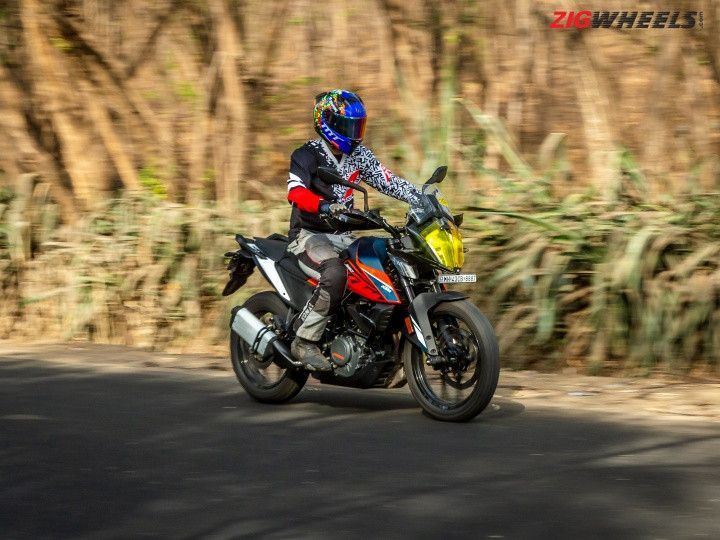 The Indian market had been eagerly waiting for the 2022 KTM 390 Adventure after it made its global debut last year. In February, images of the bike at the dealerships further raised hopes of arrival. However, the global shortage of chipset played spoilsport, delaying the launch of the ADV.

Tired of the waiting games, dealers began selling off display units of the 2022 KTM 390 Adventure. One of our friends happened to be one of the fortunate buyers and agreed to lend it to us for this review. And while we were out testing the ADV the Austrian marque launched the motorcycle at Rs 3.35 lakh (ex-showroom Delhi), which is a premium of Rs 6,500 over the previous model. So, have the limited updates made it a better bike? Let’s find out.

Updates KTM Introduced On The 2022 390 Adventure

The highlight of the 2022 KTM 390 Adventure is its two-mode traction control system, which now has ‘Road’ and ‘Off Road’ modes. While there is no noticeable difference with the ‘Road’ mode on tarmac, the system intervenes a lot when off-roading. However, once you put it in Off Road mode, the TC intervention is minimal and allows you to slide the rear.

Of course, as with the previous model, the new KTM 390 Adventure allows you to completely shut the traction control so that you can slide around and brag of all the performance on tap. But the good update in this regard is that in the event of a fall or a stall, the traction control remains off. It is only when you turn the keys off that the system gets reactivated.

Other updates on the 2022 KTM 390 Adventure include reinforced wheels, which of course we didn’t test considering our friend trusted us with his beloved new steed.

The new ‘Racing Blue’ paint job takes inspiration from the Austrian marque’s MotoGP missile and looks quite appealing in person. Its satin dark blue paint complements the loud gloss orange finish on the tank extensions. The LED headlight protector on our friend’s bike adds to the visual drama and gives it a butch appearance.

Updates That SHOULD Have Been On The 2022 KTM 390 Adventure

The 2022 KTM 390 Adventure’s 373.2cc liquid-cooled single-cylinder mill retains its peaky nature, the biggest chink in its armour. This engine comes alive only after 5,000rpm, so you’ll either find yourself constantly shifting through the 6-speed gearbox or keeping it in the higher revs to make your way through the city. But our friend has managed to fix this by upgrading from the stock 45T rear sprocket to a 47T aftermarket unit. Here’s our VBox test data showing the difference in the acceleration:

As you can see, the aftermarket 47T sprocket is visibly quicker than the stock sprocket. The shorter final drive makes the 2022 KTM 390 Adventure livelier and generally a more exciting motorcycle off the line, and even makes it a lot easier to live with in the city. There’s enough power available from as low as 2500rpm to pull the bike and it does so without any protest.

But does the improved tractability in the city come at the cost of its highway touring capability? Absolutely not. In fact, it improves it. With the bigger sprocket, there is always power on reserve for quick overtakes. So you need not shift down to overtake the four-wheeled juggernauts on highways. It manages speeds of 110kmph to 120kmph with lesser effort and at lower rpms, which should translate to better fuel efficiency.

Okay, the power at the bottom-end performance can be fixed with this sprocket for Rs 4600. But what this bike still lacks is a pliant suspension setup. While the suspension travel (170mm/177mm) is not that much of an issue, the firmness definitely is. The stiff setup might work well for smooth European roads but it doesn’t feel cut for the job on Indian roads.

The 390 Adventure is the only bike in this segment to sport a quickshifter and while it is a helpful feature to have, it doesn’t work like one. It is sloppy in higher revs, and works best only till 6,000rpm. KTM could have tweaked this system to do a better job.

This particular 2022 KTM 390 Adventure has everything to make touring a tad easier. Here’s a look at the accessories this one packs:

The 2022 KTM 390 Adventure retails for Rs 3.35 lakh and with the sprocket, you’ll end up splurging around Rs 3.40 lakh. And with that, you definitely have a motorcycle that is better in the city and on the highway. And of course, the improved electronics are a welcome change. However, the non-adjustable suspension is stiff and isn’t really apt for a bike of this genre.

So, if the suspension setup is something you could live with, the 2022 390 Adventure is a fast and comfortable highway tourer. But if you are on the lookout for something that can tackle rough terrain with ease, and packs enticing performance as well, the Hero MotoCorp 450 ADV or the Royal Himalayan 450 are worth waiting for. 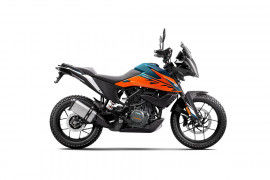 All Comparisons of 390 Adventure