The Nios strengthens the Grand i10’s play-it-safe formula by improving its practicality, comfort and feature quotient. But it also adds zing with its premiumness and individuality. 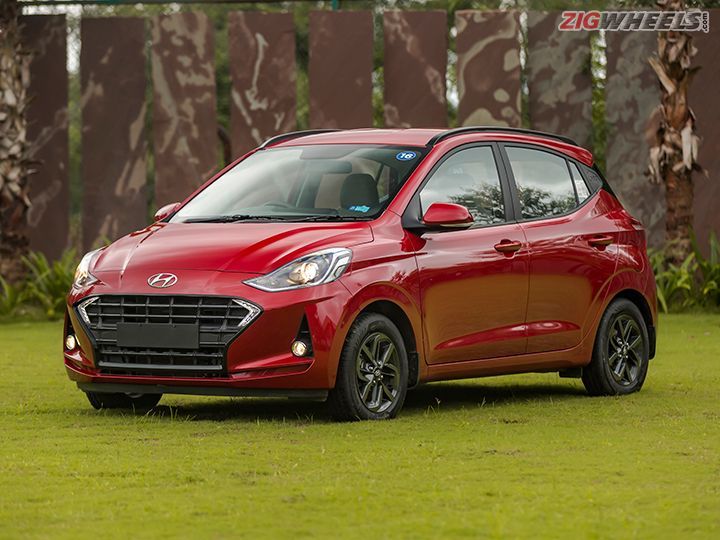 The Grand i10 has held its ground against its many rivals, chiefly the Maruti Suzuki Swift, thanks to its more approachable and well-rounded nature. The Grand, you could be sure, would be appreciated by every family member and disliked by none. Has the Grand i10’s personality changed as it goes millennial hunting with the new generation Nios? Could it bully the Swift around now? Interestingly, Nios means more in Irish, and Hyundai is charging more for it, but what do you get more with the Nios?

In pictures you might consider the Nios’ design to be an evolution of the Santro. But in the flesh, it proves to be anything but. The strong lines on the hood, the sharply cut headlamps, and 20mm of additional width over the previous Grand i10 give a sense of stature and class to its face. The large cascading grille and the arrow-head style LED DRLs add to the sense of width and the funkiness of the design. The new projector headlamps and fog lamps don’t use LEDs, but they sharpen the face further, but these are only available with the top end Asta variant.

Viewed from the side the connection to the Grand i10 is hard to miss. It does look stretched and that’s no surprise; after all, nose to tail, it is longer by 40mm and its wheelbase is also longer by 25mm. What will grab your attention here is the floating roof. The blacked out C-pillar with the ‘gi10’ badging on it distinguishes it from its predecessor. The new 15” diamond-cut alloy wheels, a first for the Grand, give it some added swag, but these are only available with the top end Asta variant. The Sportz will make do with 14” alloys.

Make your way around to the rear and you’ll find that the Grand’s softly-rounded look has been replaced for a more crisp look. But the sharply creased tail gate draws a very strong connect to the Tata Tiago. The addition of LED elements in the tail lamps would have helped increase the wow-factor. So while the Nios looks more distinctive, the rear and side profiles could do with a bit more of the wow factor to match the front end treatment.

Chic is one of the best words to describe the cabin. There is a sense of tactility, from the patterns on the dashboard and the texture for the fabric seats to the design of the doorpads that feels tasteful, comforting and welcoming. What cements the experience is the quality of materials and the finish. The steering wheel for instance looks like it belongs in a luxury car. The stitching for the leather, the plastic quality and silver finish make it look very rich. While the seat’s lighter colours are likely to require more upkeep, you do have the option of a black cabin with contrasting red elements for a sporty look and less upkeep too.

There are thoughtful touches too, like the cooled glovebox and the shelf on the dashboard to stow phones or wallets. This is aside from the cup and phone holder between the front seats and the large door pockets on all four doors.

In terms of space Hyundai claims that the Nios offers more backseat space than the Maruti Suzuki Swift, despite being smaller than it. While that claim will have to be validated, one thing is for sure, the Nios will is spacious here. By angling the seatbase the Nios offers great under-thigh support, and along with generous amounts of knee room and headroom even taller passengers will find a comfortable seating position easily.

While the flat seat base will make it easier to accommodate a middle passenger, the Nios, like previous Grands, will require some amount of friendliness amongst the backseat occupants. Thankfully the stretched-out daylight opening makes the cabin feel airy and the rear air-con vents will make it comfy. Disappointingly, a headrest for the middle passenger is missing and adjustable headrests are available only on the top end Asta variant. In terms of boot space the Nios offers 260 litres of storage, which can be expanded by folding the second row down. Sadly, the rear seats aren’t split to increase flexibility.

The Nios packs some amount of excitement in its features list. There’s a wireless charger for your phone and there’s also a rear view monitor, basically a feed from the reversing camera to help you check traffic behind you even while driving forward. This can be triggered via a customisable button next to the infotainment screen.

At 8 inches, the infotainment screen is larger than before and offers physical buttons on the side to make it easier to use while driving. Hyundai isn’t offering the Blue Link connected car tech on the Nios though. But you do get voice commands and basic infotainment connectivity through a phone-based app. The Arkamys-tuned sound system with a four-speaker setup offers decent audio quality at best. Like the touchscreen, automatic climate control and reversing camera are available on the top two variants, but rear aircon vents are available from the Magna variant too.There is a step up in terms of essential features as Hyundai is offering driver’s seat height adjustment, all-four power windows, electric mirror adjustment right from the Magna variant - which sits above the base Era variant.

The Nios is available with the same 1.2 litre petrol and diesel engines that we have seen earlier on the Grand i10. The petrol engine has been tweaked to make it BS6-compliant while the diesel is now BS6-ready. However, these engines make the same power and torque as before too. On the upside Hyundai claims better fuel efficiency, in all likelihood a result of the weight saving, to the tune of 30kg. Hyundai is also offering automatic transmissions on the diesel and petrol engines -- though this uses AMT technology, not torque converters.

As before, the diesel engine remains a peppy performer with a gravelly rumble. It pulls with such eagerness from low revs that you end up having to drive a gear lower to keep it in tune with the traffic around it. In the 2000-3500 rpm range the diesel pulls strongly, with power trailing off near the 4000rpm mark. So while it will cruise smoothly at 100kph, high speed overtakes will require a bit of planning.

But if you are in the mood for some high speed moves, the petrol engine will interest you. This Kappa2 engine enjoys being revved hard, building a bit more punch as you get closer to the redline. Its smoothness and slight rasp from the engine only makes it more fun. However, at really low revs, you do wish it had a bit more punch to make the urban commute more snappy without having to resort to gear changes.

The AMT system offered on the Nios was developed in-house at Hyundai and debuted on the Santro. The focus of the system is on delivering a smooth and enjoyable driving experience. On both petrol and diesel, when driven at a normal pace, gear changes weren’t even perceptible! Yes, on an AMT. Even when rushed, the shift quality did not deteriorate and result in the “head-nod” that is associated with AMTs. Instead, the gearbox takes just a bit longer, but delivers a more refined experience.

On our brief drive the petrol AMT felt calm and relaxing, and if you are in a hurry you could use the gear lever to control the gearshift. On the practical front, the petrol AMT delivers a company-claimed 20.5kmpl whereas the outgoing 4-speed automatic delivered 17.5kmpl. The diesel AMT’s performance felt more prompt to drive, no doubt the torque helping mask the AMT’s careful attitude. This can also be seen in the fuel efficiency, which at 26.2kpl is unchanged from the manual.

The one thing that cements the Nios’s character is its dynamics. It can actually be enjoyed when driven in a spirited fashion. The chassis feels confident and unflustered for the most part. This helps improve the experience of travelling at high speed over long distances. While the steering follows your instructions obediently, a bit more feel from it would have raised the driving experience tremendously. The Nios delivers a richer driver experience but not at the expense of ride comfort. It soaks up potholed roads without getting flustered, although there is just a hint of softness from the rear suspension. But this isn’t something that will worry you, unlike on older Hyundais.

The Grand i10 Nios is available with dual airbags, ABS with EBD, seatbelts with pretensioners and load limiters, rear parking sensors and emergency stop signal as standard. Speed-sensitive door locks and impact-sensing door unlock systems are also available on all variants except for the base Era variant.

Where the Nios misses out is safety features for the rear occupants. There are no ISOFIX anchor points, the middle occupant doesn’t get a headrest and adjustable headrests are available only on the top end Asta variant. Sadly even the wash-wipe system for the rear windscreen is available only on the Asta. The platform has become safer as it now makes extensive use of advanced high-strength steel, which has increased stiffness and strength.

Except for a few niggles in terms of its feature list and variant wise equipment, the Hyundai delivers on its promise. If the style quotient at the rear matched up to the face, the Nios would have had a much stronger presence. Other than that the new Nios packs more on just about every front. From features, space and convenience to cabin experience and comfort, the Nios is more welcoming and distinctive. Yes, the new Grand i10 may cost a bit more, but the Nios delivers value too. So, the Nios still feels like a familiar package, but it is more distinctive and likeable than before. 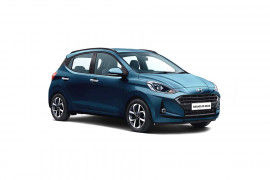 Cars Similar to Grand i10 Nios

All Comparisons of Grand i10 nios