This update could make it lighter and easier to live with 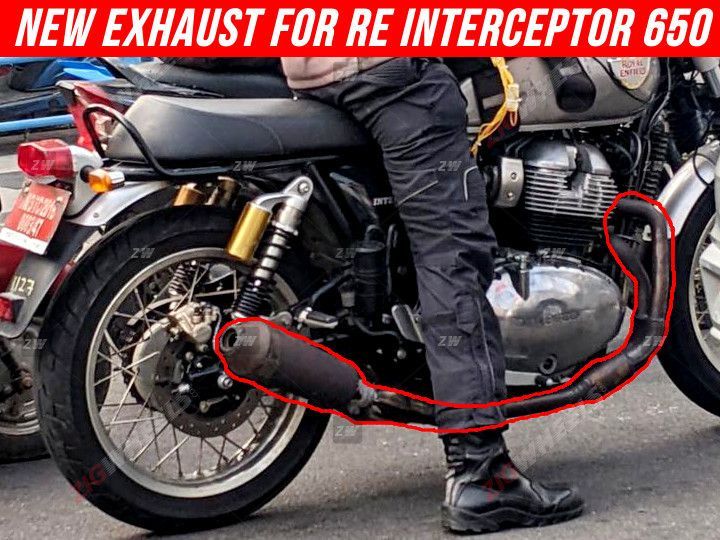 In a sea of Royal Enfield Hunter 350 and Super Meteor 650 spy shots, an interesting test mule of the Interceptor 650 has popped up. We believe this could be the MY22 update for the Interceptor 650, especially since the MY21 update comprised merely paint jobs.

So what’s different? Well, not exactly a lot. The only thing worth noting is the exhaust. It’s a new 2-into-1 unit with different routing and end can, quite different from the twin exhausts you see on the current model. And this can be beneficial in two ways: One, shorter routing and only a single exhaust will reduce weight by a few kilos, which will in turn, improve the power-to-weight ratio. Second, this will reduce the width of the bike, making it easier to slice through narrow spaces.

However, this setup looks to have decreased the ground clearance of the bike, since the cat-con is now positioned under the bike. This is a pre-production exhaust, though, and RE could address this in the final product. After all, that’s what testing is for.

While the new exhaust will be a welcome change, the main areas of concern for the Interceptor 650 is the suspension and seat. We hope Royal Enfield fixes these two aspects in the next update as well.

Last but not least, there’s also a possibility that this could be an aftermarket accessory for the Interceptor 650, possibly to be sold under Royal Enfield’s Make it Yours program. In either case, expect the same set of updates for the sportier Continental GT 650 too.

Apart from the exhaust, everything else looks unchanged. So expect the Interceptor’s 648cc motor (making 47PS and 52Nm), suspension setup, and feature-list to remain the same.

If this is indeed a new Interceptor 650, expect it to bear a small price hike during its launch. Currently, prices of the Interceptor 650 start from Rs 2,81,518 (ex-showroom Delhi). 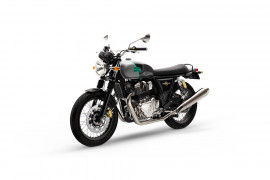