Despite sharing the same platform, the Land Rover Discovery Sport and the Tata Harrier are two very different cars. So what are the main differences? 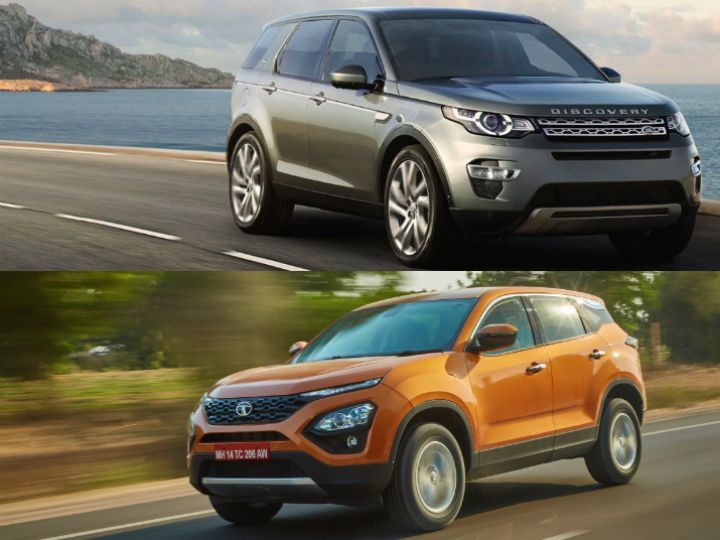 Tata’s flagship SUV, the Harrier, is the brand’s first all new SUV in a quite a while. It is based on Tata Motors’ new OMEGA-ARC architecture, which in itself is a derivative of the Land Rover Discovery Sport’s D8 platform. But while the baby ‘Disco’ is priced between a wallet draining Rs 44.60 lakh to Rs 60.44 lakh (ex-showroom), the Harrier is expected to be priced between Rs 13.0 and Rs 17.0 lakh (ex-showroom). But despite sharing a similar platform, the SUVs are quite different from each other.

Let’s talk about the similarities first. The Discovery Sport and the Harrier share the same wheelbase at 2741mm, no wonder then that the Harrier gets a spacious cabin. The front suspension setup too has been borrowed from the Discovery Sport. Both feature MacPherson struts and independent lower wishbone setup with coil springs and an anti-roll bar.

As for the differences, the Tata Harrier comes with a twist beam with coil springs tuned by Lotus at the rear while the Disco sports a multi-link setup. Despite the similar platform, the Harrier is heavier than the Discovery Sport. And that’s despite the fact that the latter features a 4WD setup. This is due to the heavy usage of high-strength steel on the Tata whereas the Land Rover uses lightweight metals like aluminium in the chassis and for body panels. The Land Rover also employs magnesium to keep the SUV’s weight in check. Both cars, however, use high tensile steel for torsional rigidity. Also, the Harrier is a five-seat SUV while the Discovery Sport can seat seven.

The powertrains are different as well: where the Harrier is powered by a 2.0-litre turbocharged diesel engine that pushes out 140PS of power, the Land Rover is powered by 2.0-litre Ingenium petrol and diesel motors with outputs ranging between 150PS and 290PS. Tata Motors had considered using the Ingenium range for the Harrier, but it would have adversely affected the cost of the vehicle. Good thing they stuck to the Fiat-sourced Multijet engine then.

The Harrier is due to be launched around mid-January. With an expected ex-showroom price ranging between Rs 13 lakh to Rs 17 lakh (ex-showroom), it will rival the Jeep Compass and the Mahindra XUV500 while attempting to make a dent in the Hyundai Creta’s sales figures as well.