2020 Hyundai Creta vs Kia Seltos: How Do The Korean Cousins Stack Up In Features and Specs?

Both models essentially share the same platform and powertrains. Should you wait for the Hyundai or go with the premium Kia Seltos? 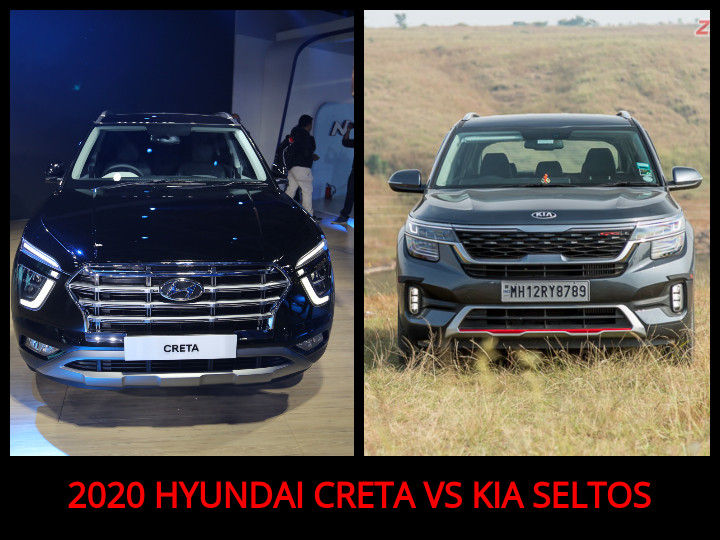 Hyundai India has launched the 2020 Creta with prices starting from Rs 9.99 lakh. Surprisingly, the base-spec variant is priced Rs 10,000 more than the Seltos while it’s the other way around for the top-spec variants. The Creta comes with a striking new design, a revised interior and added features. However, underneath the suit it is based on the Seltos’ platform and utilises the same set of powertrains as the popular Kia. The question is: should you choose the Kia or go for the new second-gen Creta? Let’s find out.

The 2020 Hyundai Creta’s exterior design is striking and is a departure from its predecessor’s no-nonsense approach. It follows Hyundai’s ‘Sensuous Sportiness’ design language. The front end comes with Hyundai’s latest iteration of the cascading grille flanked by split LED headlamps. In profile, the squared muscular wheel arches look butch while the flowing shoulder line adds character. The rear end though, with its split tail lamps, might polarise opinions.

The Kia Seltos’ mature design could please buyers of all ages and tastes. The Tiger Nose grille along with the extended DRLs and LED headlamps looks wow, especially at night. In profile, the clean flowing lines and squared out wheel arches give it a no-nonsense look. Even the rear-end with its LED tail lamps and a chrome strip looks simple yet premium.

Overall, the Hyundai Creta’s styling can be summed up as sporty while the Kia Seltos takes a more simple and premium approach.

Hyundai hasn’t revealed the dimensions of the 2020 Creta yet. However, we expect the Creta’s dimensions to be closer to the Seltos as both models utilise the same platform. The Kia Seltos is 4315mm long, 1800mm wide, 1645mm tall and has a 2610mm long wheelbase. It has a 433-litre boot as well.

The interior of the India-spec Creta is quite different than the China-spec ix25. It has a more conventional design and doesn’t feature the Tesla-esque vertical touchscreen set up found in the China-spec ix25. Instead, it gets a simpler layout with a 10.25-inch horizontal touchscreen infotainment system and climate control knobs just below. Other highlights include a chunky four-spoke steering wheel and a premium digital instrument display.

The Kia Seltos’ cabin looks premium thanks to its floating infotainment system. Further, elements like the coloured multi-info display, faux leather finish and ambient lighting ups the ante. Clearly, Kia has taken inspiration from Audi while designing the cabin. Quality levels are also impeccable and so is the fit-finish levels.

Both models come with features like connected car technology, climate control, Android Auto and Apple CarPlay, a wireless phone charger, a Bose sound system, ventilated seats, powered driver’s seat as well as keyless entry with push-button start. Unlike the Kia, the Hyundai will also be offered with a panoramic sunroof and digital driver’s display.

Feature highlights in the Seltos include a large multi-info display, Kia’s sound mood lighting, a 360-degree camera as well as a rear sunblind.

The Hyundai Creta is expected to borrow safety features from the Seltos. The latter gets 6 airbags, ABS with EBD, parking sensors as well as electronic stability control. The Creta also comes with an electronic parking brake function which also comes with an auto hold function. The Auto Hold will also come useful while driving through dense traffic as you can leave the car in Drive mode and remove your foot off the brake while you’re waiting in dense traffic.

The 2020 Hyundai Creta will utilise the Kia Seltos’ BS6-compliant 1.5-litre diesel and petrol engines. The sportier 1.4-litre T-GDI variant though will be available with a DCT only in the Hyundai while the Kia can be had with a 6-speed manual as well. Here’s a detailed spec table of the three engines:

At first glance, the Kia and Hyundai seem to offer incredible value for money. While they share the same platform and powertrains, both SUVs offer a couple of features that are unique to themselves. The Seltos has a 360-degree parking camera, a head-up display, front parking sensors and Kia’s multi-colour sound mood lighting. The Creta does offer a bigger sunroof, a digital instrument cluster and 55 connected car features compared to Kia’s 37. If you’re on a tight budget and can only afford the entry-level variants of either SUVs then the Seltos will help you save around Rs 10,000. Otherwise, pick the one with your favourite features. Or the one you like better to look at.

Hence, we’d say it all boils down to the design of the two SUVs. While beauty lies in the eyes of the beholder, we think the Seltos makes for a safer choice thanks to its traditional design and front parking sensors while the Creta will appeal to those who want to make a bold statement and need a bigger sunroof. For a more definitive answer, stay tuned to ZigWheels as we’ll soon be putting the two Korean cousins up against each other to find out which one’s better. 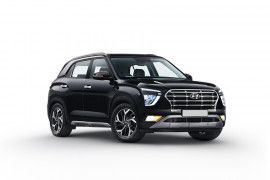