Tata Altroz ICE Vs Altroz EV: Worth Waiting For The Electric?

We list down four points that should help you make the right choice. Read on 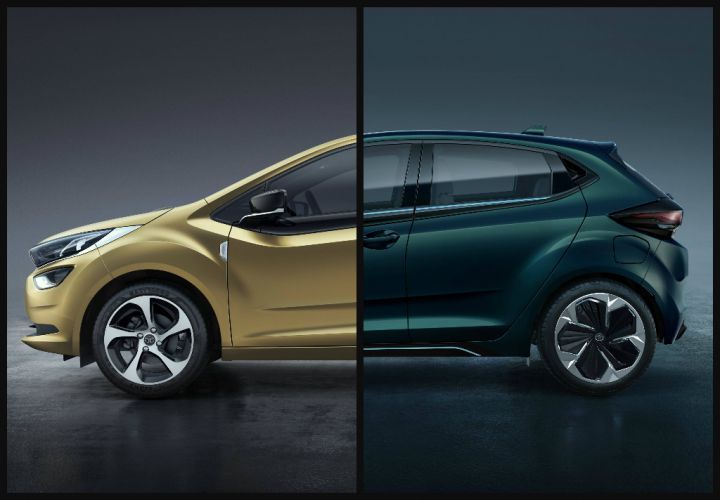 Recently, Tata unveiled the Altroz EV alongside the conventional version of the Maruti Suzuki Baleno rival at the recently concluded Geneva Motor Show. However, the move has left potential buyers of the hatchback bewildered. With the world slowly but steadily moving towards cleaner modes of transportation, buyers are now split between buying an ICE-powered car or go for a zero emission all-electric one. If you are one of them and are looking for some clarification, you have arrived at the right place.

The homegrown carmaker plans to launch the petrol and diesel-powered versions of the premium hatchback around this year’s festive season. Meanwhile, we can expect the Altroz EV to be launched around September 2020. While both versions of the Altroz look production-ready, the Altroz EV featured a concept-like futuristic interior. However, Tata says we can expect the final production version to feature many of the elements that were showcased at Geneva. Naturally, as a buyer, this raises a lot of questions regarding the range, batteries, features and finally the price as compared to the standard petrol/diesel variants. We have answered most of them below, so have a look.

1. What is the difference between the powertrains?

While the Tata Altroz ICE will be powered by a 1.2-litre turbocharged petrol and a 1.5-litre diesel engine, the Altroz EV will get an all-electric powertrain with a permanent magnet AC motor and a lithium-ion battery pack. As of now, only the specifications of the petrol engine are known - it makes 102PS of power at 5500rpm and 140Nm of peak torque. Paired to a 5-speed manual, the petrol-powered Altroz is expected to be a city-slicker. This is the same engine that is present in the Nexon and the Tiago JTP, albeit in a higher state of tune.

The all-electric powertrain, though, is expected to be fun to drive, with all of the torque available from the get-go. Also, given that the battery pack has been laid out on the floor, the hatchback should have a lower centre of gravity, which should improve handling dynamics considerably. Tata claims a charging time of an hour for 0-80 per cent juice, which should help with range anxiety.

2. The difference in the range of the two cars?

While the fuel tank capacity of the Altroz is still unknown, it will most likely be close to 40 litres. With an expected practical efficiency of 15kmpl (In our test. the Nexon with the same petrol engine returned 14.03kmpl), the expected range should be close to 600km. Tata's claimed range for the Altroz EV is between 250km to 300km. While this might be half the range of the regular version, it's more than enough for your daily chores. Tata says this range is made possible by using a clever battery management software and keeping the weight of the car low. In fact, Tata claims that the weight of the EV will be close to the ICE, which should help make it more efficient. When launched, the Altroz EV will be Tata's first long-range EV for India. Currently, it sells the Tigor EV to government and corporate fleets.

3. Do both cars offer the same space and features inside?

Yes. Both cars have the exact same shell with the same dimensions. However, their packaging will be quite different. The ICE-powered version gets an engine at the front and a fuel tank under the seat whereas the EV gets a motor under the bonnet and the battery pack beneath the floor. This results in a flat floor with no transmission/exhaust tunnel at the back. Hence, while the shoulder room will be the same, the cabin of the EV will feel more spacious. Even the centre console has been removed and the gear shifter has been replaced with a drive mode selector between the two front seats. Tata says this was made possible as the Alfa ARC platform is designed to accommodate ICE, electric and hybrid powertrains.

In terms of features, the EV concept had a funky interior setup with a larger floating screen in the middle and a separate display for the climate control. Expect these to be replaced by a standard infotainment system and buttons in the production car. Given that the EV will be priced at a premium, Tata could give it the Harrier’s larger 8.8-inch infotainment display to make it feel more premium. And like the regular Altroz and the Harrier, the instrument cluster will feature an analogue speedometer on the right and a digital display for vehicle info on the left.

The Tata Altroz will rival the likes of the Maruti Suzuki Baleno and Hyundai Elite i20 in India. This means it that it will be priced somewhere around the Rs 6.5 lakh to Rs 8 lakh price bracket. The EV, however, will cost almost double that of the ICE-powered version. Tata's bid for the Tigor EV for the EESL was Rs 11.2 lakh, which includes an annual maintenance contract. Given that the Altroz is a more premium car and will come with more sophisticated electronics with double the range, the price should be close to Rs 15 lakh. While this might seem a lot at first, EVs are very cost effective in the long run as they are cheaper to maintain due to fewer moving parts. And with the government providing subsidies to promote EVs, this cost could come further down by a couple of lakh rupees.

So if you are restricted by price but need Tata’s upcoming premium hatchback, we’d say you should settle for the regular Altroz. But if you are a trendsetter looking for a premium electric hatchback with no range anxiety, the Altroz EV is the right one for you, provided you have some extra cash lying around.