Tata Punch vs Maruti Suzuki Ignis AMT: Which One Is Quicker And More Frugal?

To find that out, we strapped our VBox and headed to our test location, and here are the results 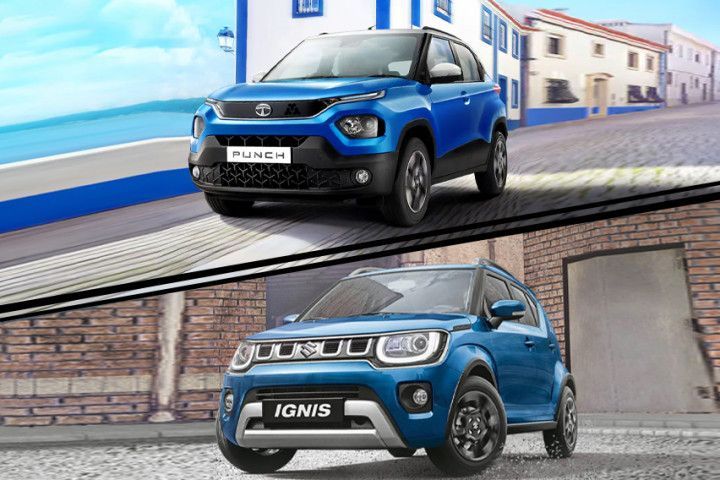 The Tata Punch and Maruti Suzuki Ignis tick all the right boxes if you want your car to be more than just a regular hatchback. The two get jacked-up styling, a decent feature list, and an optional AMT transmission for convenience in the city.

But which of the two is quicker and less fuel-thirsty in the real world? We found that out, and here are the numbers that matter.

But before that, the specs:

The Tata has slightly better power figures, but it is heavier than the Ignis by 170kg. How does that affect the Tata when it comes to acceleration?

Here’s what our VBOX says:

Note: Figures are for the BS4 Maruti Ignis.

Due to the Punch's laidback powertrain and more weight, it was a full 4.54 seconds behind the Ignis in the 0-100kmph run. The engine simply doesn't have the low-end response to get it going, unlike the Ignis' more responsive engine and quick-shifting AMT.

This can also be seen in the 20-80kmph run, where the Tata is slower than the Maruti by 3.76 seconds. And it is this that makes the Maruti a more convenient drive within the city.

That out of the way, let's find out which is the more frugal in the city and on the highway.

In town, the fuel efficiency figures of both models are almost similar. However, on the open road, the Ignis’ lighter weight and better-tuned AMT help it to deliver around 6kmpl more than the Tata. In our road test, we found that the Punch hesitates a bit to downshift in gradients and often tries to pull on in a higher gear, resulting in increased fuel consumption.

By now, it’s evident that the Ignis is quicker and more frugal than the Tata Punch. We will be pitting these two models against each other in an off-road test soon, so we hope you've subscribed to our YouTube channel already.