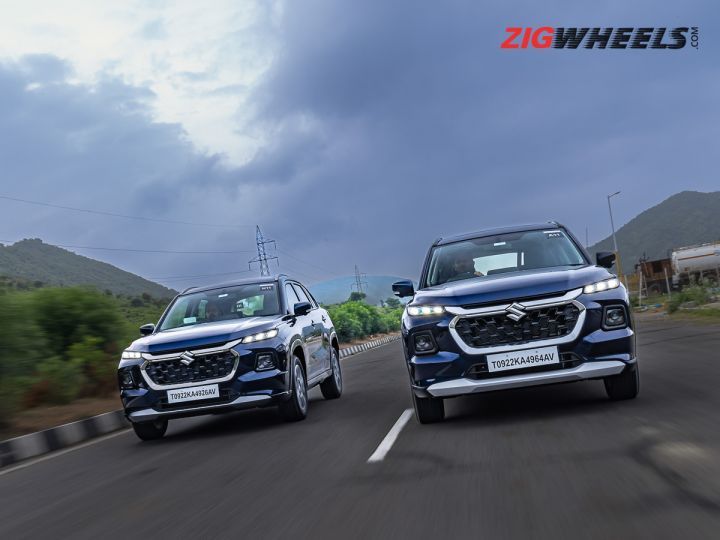 Maruti Suzuki offers the Grand Vitara, its new compact SUV, with two petrol engine options. The mainstay of the range is the 1.5-litre mild-hybrid unit, but there is also the segment-exclusive Toyota-sourced 1.5-litre strong hybrid engine to choose from. We had both the cars in our garage for a couple of days, and in this report, we’ll be answering which one is quicker and sips the least amount of fuel.

Plus, only the mild hybrid engine offers you the choice of a manual and automatic ‘box, while the strong hybrid gets only an e-CVT. We pitch both the automatic variants in this test.

Which One Is Quicker?

Which One Sips Less Fuel?

Hybrid cars, especially in town, are known to be incredibly fuel efficient as they can potter around in pure electric mode in part throttle. And the proof in the pudding can be seen in the table, where the strong hybrid is almost 12kmpl more fuel efficient than the mild hybrid in the city.

However, on the highway, the long-legged nature of the mild-hybrid engine means that gap is down to just three kmpl. Plus, the strong-hybrid engine starts to run out of steam at higher speeds.

In the confines of this test, it’s the strong hybrid variant that’s quicker and much more fuel efficient than the mild hybrid. And that’s why it wins this test. To know how the Maruti Suzuki Grand Vitara performs in the real world, read our in-depth first drive review.