Why Don’t Bikes Have A Reverse Gear? Or Do They?

The struggles of reversing up a steep slope on a motorcycle 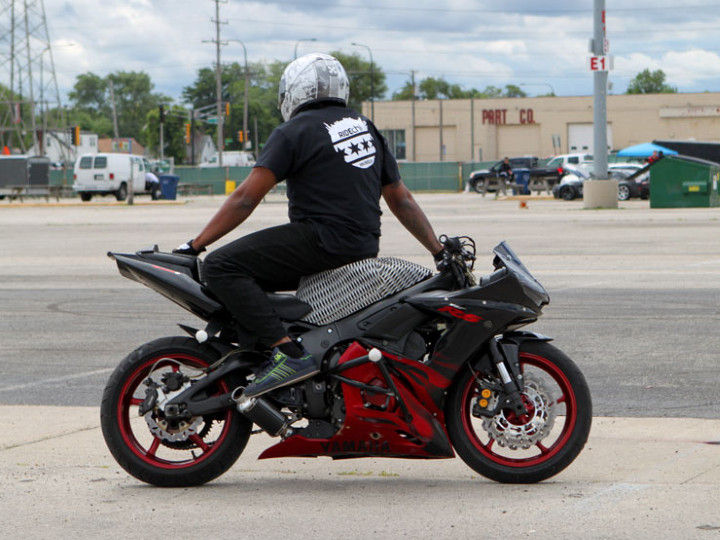 We’ve all found ourselves in such a situation sometime or the other. Perhaps the incline is too steep or the surface too loose, but for whatever reason, you’re struggling to push your bike backwards, and you just really wish you had a reverse gear. So, why don’t bikes come with a reverse gear?

Well, for starters, most bikes don’t need one. One of the most basic rules of motorcycling is to never park facing down a slope. This way, not only do you prevent yourself from having to go through a tricky reversing manoeuvre, but you also ensure that the bike rests on its side-stand in a stable manner, with no chance of the side-stand being retracted due to the bike rolling forwards.

Secondly, with their compact dimensions and short wheelbases, motorcycles usually have rather tight turning circles, meaning that backing up isn’t as much of a necessity as it is in cars. And even when you do need to back up, the relatively light weight means that you can comfortably reverse using just your legs.

“But what about those really big tourers that weigh like half a ton?”

Ah, yes. This is where you find out that certain motorcycles do have, well, not a reverse gear, but a reverse function. Bikes like the Honda Gold Wing and BMW K1600 series with all their bells and whistles weigh upwards of 350kg, so backing them up can be quite a task even on firm level ground. Fortunately, you do have some help at hand.

At the touch of a button, the electric starter motor can be used (either by reversing the polarity of the supply or by using an idler gear to reverse the direction) to help back up the motorcycle. Bear in mind, this only creeps the motorcycle backwards at walking pace, but this is just as well since bikes are rather unstable when going backwards anyway. This electric reverse assist function is present even on the recently launched and rather gorgeous BMW R 18.

On the Honda Goldwing, the electric starter motor is also used for a ‘creep forward’ function that can be quite useful in slow moving traffic. However, since these motors run off the battery, don’t expect to be able to reverse for miles and miles, the function is intended to be used in short bursts only.

Another class of two-wheelers where a reverse function is quite easy to implement is electrics. Here it isn’t the starter motor but just the primary motor itself which can be used in the opposite direction to help propel the vehicle backwards (very slowly). A reverse mode can be seen on e-scooters like the Ather 450 and 450X, the Bajaj Chetak and the TVS iQube, to name a few. Not that these vehicles strictly require it, but it certainly aids convenience to some extent, especially in tricky situations.

As electric two-wheelers slowly take over, it’s quite likely that a reverse function will become more and more widespread as time passes.