Facelifted VW Tiguan Allspace To Debut On May 12 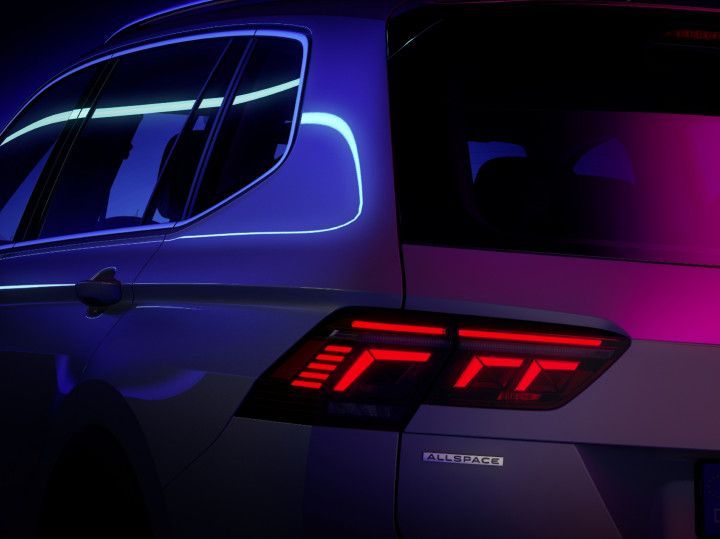 Volkswagen will take the wraps off the facelifted Tiguan Allspace on May 12. This SUV is essentially a longer-wheelbase version of the 5-seater Tiguan, capable of accommodating seven occupants. Considering that we will have the 5-seater model here shortly, chances are the facelifted Allspace will make it to India as well.

Thanks to the leaked images, we know that the Allspace gets the same pair of angular matrix LED headlamps, redesigned front and rear bumpers, revised LED tail lamps, and new alloy wheels as the standard Tiguan. However, the Allspace is longer by an extra 215mm than the 5-seater.

The dashboard layout is similar to the existing SUV, but it will now features updated touch-based climate controls and a new steering wheel (similar to the VW ID cars). Unlike the India-spec Tiguan Allspace, which is a 7-seater, the international model also comes as a 5-seater.

Internationally, the facelifted Allspace should get petrol, diesel, and possibly hybrid powertrains. In India, it will likely retain the existing model’s 190PS 2.0-litre turbo-petrol engine mated to a 7-speed DSG that drives all four wheels.

We reckon the SUV could reach our shores in 2022 and retail at a premium over the existing model that’s priced at Rs 34.20 lakh (ex-showroom). It will rival the petrol variants of the Toyota Fortuner and the upcoming facelifted Skoda Kodiaq.