Volkswagen Tiguan Allspace Launch Tomorrow: All You Need To Know 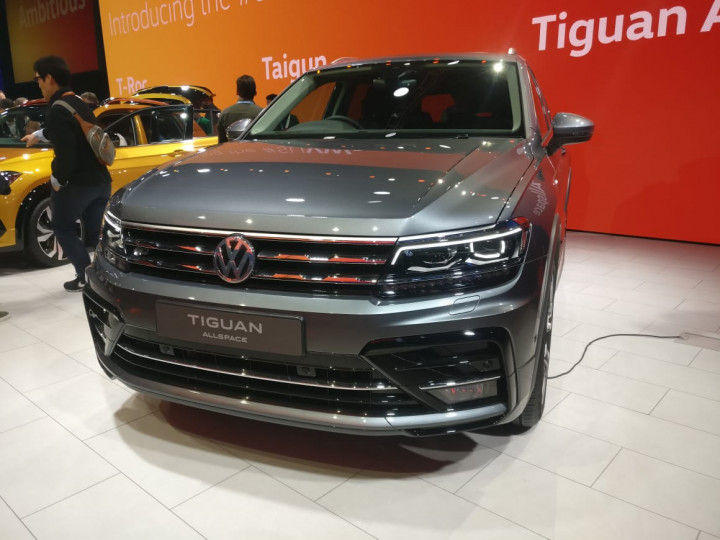 Volkswagen India is all set to launch the Tiguan Allspace on March 6. The Tiguan Allspace is basically a longer Tiguan with three rows of seats. The Allspace will also be offered with a BS6-compliant petrol engine and is expected to get a few aesthetic changes to differentiate it from the standard 5-seater model.

The first thing that catches your attention is the Tiguan Allspace’s extra length (215mm longer) over its regular sibling, if you look at its profile. Apart from that, the Allspace also gets new LED projector headlamps, slightly redesigned grille and bumper as well as sportier dual-tone alloy wheels. Here’s how the Allspace’s dimensions compare against the standard Tiguan.

Inside, except for the new black-beige colour scheme, the Tiguan Allspace’s dashboard looks similar to the current model. That means, it comes with the neat and simplistic dashboard as its 5-seater sibling which is no bad thing.

The Tiguan Allspace will be powered by a single BS6-compliant 2.0-litre TSI engine developing 190PS of power and 320Nm of torque. Power is sent to all four wheels via a 7-speed DSG automatic. The Allspace also comes with VW’s 4MOTION all-wheel drive tech with off-road modes if you intend to stray off the beaten path.

The Tiguan Allspace is expected to be priced from Rs 35 lakh (ex-showroom). When launched, the Allspace will go up against other 7-seater SUVs such as the Skoda Kodiaq, Honda CR-V, Ford Endeavour and Toyota Fortuner.