Its styling is similar to the facelifted five-seater Tiguan 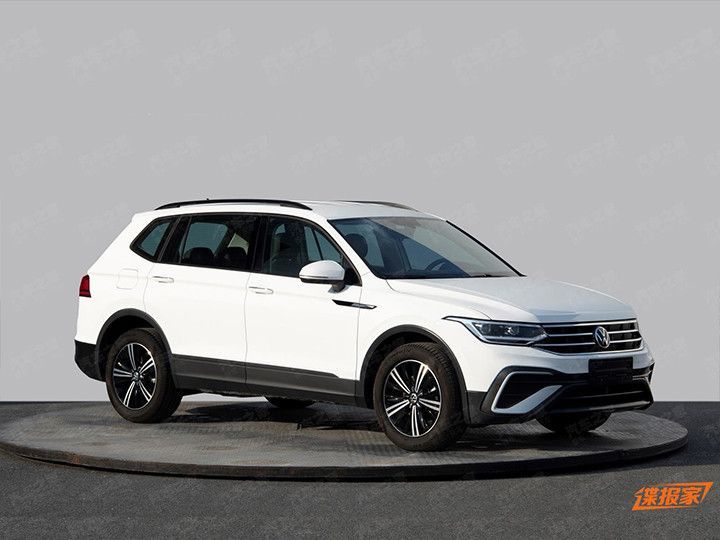 Volkswagen’s Tiguan Allspace is up for a facelift as seen in these leaked images. The seven-seater SUV has been due for an update ever since its five-seater sibling, the Tiguan, was updated in 2020. These images show all the changes that have been made to the Tiguan Allspace’s exterior, some of them similar to the updates in the Tiguan.

Up front, the new Tiguan Allspace gets a refreshed fascia with sleeker LED headlamps and an aggressive bumper. It also gets new alloy wheels, more prominent lines in profile as well as revised LED taillights and TIGUAN lettering at the rear.

Like the facelifted Tiguan, the seven-seater Tiguan Allspace could also see a few updates to its interior. Changes to the five-seater version included a new steering wheel, a larger infotainment display, and touch-based climate controls. All of these features could make it to the Tiguan Allspace.

Under the hood, the Tiguan Allspace will be a petrol-only offering in India. It will be offered with the same 190PS/320Nm 2.0-litre TSI engine as before, mated to a 7-speed DSG automatic transmission.

While there is still time for the facelifted Tiguan Allspace to be revealed, let alone arrive in India, VW India has announced that the second batch of the imported pre-facelift model will be introduced here. The first batch of the Tiguan Allspace, along with the T-Roc, was sold out by the end of 2020.

The second batch of the Tiguan Allspace is set to be introduced soon at Rs 34.20 lakh (ex-showroom). The facelifted version is likely to arrive by 2022 after its unveiling, probably by the end of this year.