Volkswagen ID.3: Could it be the successor to VW's iconic Beetle and Golf? 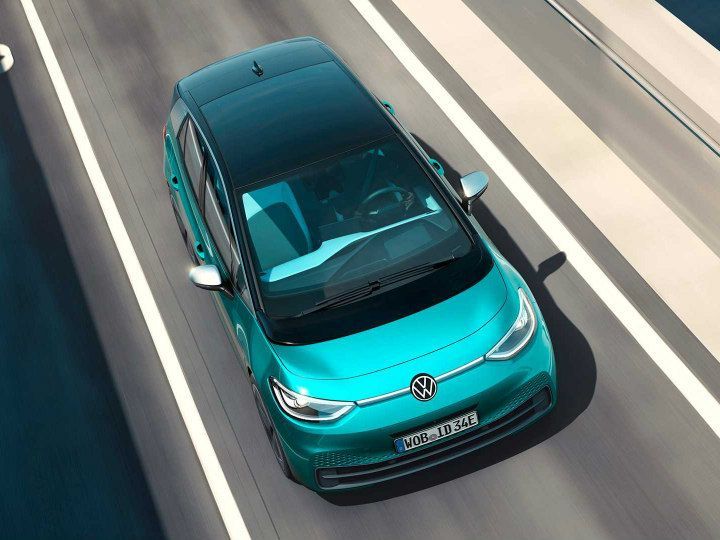 Volkswagen seems set to go big for its first electric vehicle (EV) under the ID range, the ID.3, with production of the EV hatchback already commenced at its Zwickau plant in Germany. What’s even more special about this news is that Volkswagen will convert the Zwickau plant from producing ICE vehicles to fully-electric vehicles. This would make VW the first volume car manufacturer to fully convert a large car factory from internal combustion engines to e-mobility. The transition began in 2018 and will be complete in 2021, making Zwickau the largest and most efficient electric car plant in Europe.

VW aims to produce 100,000 ID.3 units in its first year with a target of 110,000 on an average the following years. With this sort of initiatives taken by VW, it’s certainly going big on the ID.3 as the benchmark for mass produced EVs. It does come into question whether this is a sign that the ID.3 could be the spiritual successor of other iconic VW trendsetters like the Golf and Beetle. Before we get into that, here’s some details about the ID.3 hatchback.

The Birth Of The ID.3

The story behind the EV is a long journey that started with the dieselgate scandal that rocked the automotive industry back in 2015. In order to make up for that difficult period and to give Volkswagen a clear direction for the future, the carmaker pooled most of its resources towards electric mobility, which led to the birth of the ID range. The record breaking ID.R electric racecar was its brand ambassador which certainly set the tracks alight with records at Goodwood, Pikes Peak as well as the Nurburgring Circuit. After showcasing a variety of prototype models and test mules, the ID.3 finally kick started its EV era at the Frankfurt Motor Show in September with the reveal of the ID.3 electric hatchback.

The ID.3 hatchback is Volkswagen’s first mass produced EV as well as VW’s first EV to utilise the company’s modular MEB (modular electric toolkit) platform. At a glance, the design of the new EV resembles a Golf, albeit with an electric powerplant. It is offered with three battery options: 45kWh/330km, 58kWh/ 420km and 77kWh/ 550km as well as a 100kW quick charger that should help give the ID.3 a range of upto 290km in just 30 minutes. The EV is also quite a zippy little hatch, with an electric motor powering the rear axle delivering 204PS and 310 Nm of torque. Top speed is electronically limited to 160kmph.

The hatchback is offered in three fixed configurations: base, ID.3 1st Plus and ID.3 1st Max. It gets all the latest tech from VW with features like matrix LED headlights, augmented reality (AR) head-up display, a Beats sound system, a large panorama sliding/tilting glass roof as well as a touchscreen infotainment system with Apple CarPlay and Android Auto. VW claims that the ID.3 will be launched at an introductory price under €30,000 (Rs 23.80 lakh) with deliveries expected to begin in 2020. Rivals include the the Renault Zoe and the Nissan Leaf.

Now that we know about the hatchback, you can’t help but notice the essence of a classic Volkswagen trendsetter. Especially considering its design is similar to a Golf. Volkswagen is no stranger to creating trendsetting mini hatchbacks like the Beetle, an icon among the youth that sported a rear-mounted engine, a design exclusive to race cars at the time. However, by the late 70s, the Beetle started to lose its shade against more modern designs and Volkswagen set to work on its next big thing. In comes the Golf in 1974 which is well known as a small but fun to drive hatch. You could say that the Golf was the pioneer of hot hatches with models like the GTI delivering performance in a small, yet affordable package.

With the ID.3 hatchback, Volkswagen is showing these sort of signs, with it being the carmaker’s first mass produced EV, a range of variants available as well as a variety of battery/range options. VW’s recent conversion process of making the Zwickau plant fully electric also help to meet its production targets to give Volkswagen a head start in mass production EVs. The fact that the ID.3 has so many options, a price tag that seems competitive, offers a decent amount of power and premium features, gives off a vibe that was last seen on the Golf hatchback.

While the signs look promising for the ID.3 as well as Volkswagen’s future models under the ID range, an important point to note is that the car has not been officially launched yet. However, it is off to a great start with 30,000 units already being pre-ordered ahead of its reveal at Frankfurt. It would be wise to wait until the middle of 2020 in order to properly analyse the ID.3’s progress and come to the conclusion on whether it can reach the heights of the Golf and Beetle.