TVS Is Readying Its Chetak Rival!

This is the first spotting of the electric scooter from Hosur 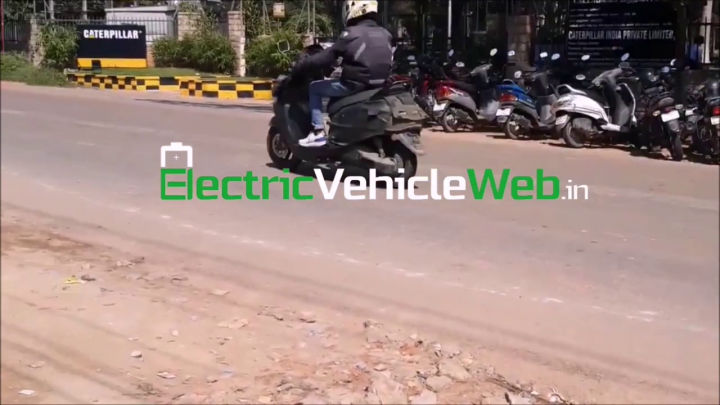 The electric space seems to be heating up at the moment as TVS looks to enter the fray with its own electric scooter. Two scooters were spotted testing in Hosur, near the TVS plant, with the distinctive electric whooshing sound arising as they sped past hurriedly. They looked bloody quick, but that is what one should expect from electric vehicles. We wager that TVS will be showcasing the electric scooter by the end of this year, with it going on sale for Rs 1 lakh. TVS would want to take the Bajaj Chetak head-on but not go the performance route to launch a direct Ather 450 competitor.

The electric scooter does not look like the Creon electric scooter concept that was at TVS’ stand at Auto Expo 2018. Instead, the scooter gets a rear section that’s reminiscent of the Jupiter - big and bulbous - which should appeal to the masses. While we could see the front end of the scooter, there seems to be a few bumps and cuts that might just make it look a bit futuristic.

It is too early to speculate on the performance capabilities of the scooter’s electric motor. The Creon was powered by a 12kW electric motor, propelling it from nought to 60kmph in 5.1 seconds. The batteries were good to last 80km on a single charge. The spotted scooter might not be as sporty in nature, TVS tempering its performance to appeal to the family-oriented scooter buyer. Still, it will be a little peppy and might just have the legs on the Chetak.

Again, in terms of the underpinnings, the spied scooter does not have the twin spar frame of the Creon. It seems to be running an underbone chassis, like most conventional scooters. The rims look fairly similar to the ones TVS uses on the Jupiter and hence, we believe that it will be running 12-inch wheels at both ends.