TVS Electric Scooter: What To Expect?

The new TVS electric scooter is launching on January 25 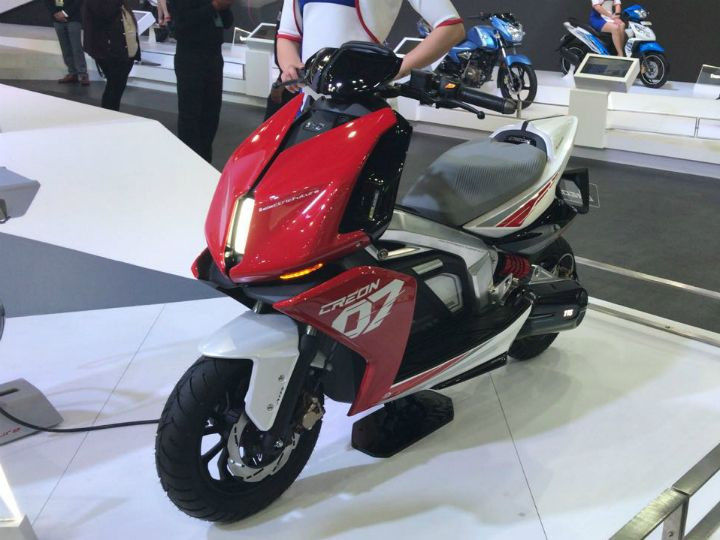 TVS’s electric scooter will launch in India on January 25. It will rival the likes of the Bajaj Chetak and Ather 450 -- both of which are feature-packed premium electric scooters. Here’s what we think TVS is bringing to the table with its new electric scooter.

In design at least. Going by the spy shots of the test mule, the new electric scooter seems to get a sportier front apron design like the NTorq 125 and Honda Dio. The rear panels are bulbous and rounded off like the Jupiter. So we expect the TVS scooter to get a conventional scooter design with sporty design accents.

The TVS Creon electric scooter concept shown at Auto Expo 2018 had a 12KW electric motor. While we do not expect the upcoming electric scooter to be that powerful, it should be comparable to 110cc scooters. However, TVS might pleasantly surprise us on this account.

Like the Ather and Bajaj, the TVS is expected to get a non-removable battery pack to save on costs. The Creon electric concept claimed to offer a range of 80km, we expect the upcoming electric scooter to offer around the same range. TVS could equip the scooter with a fast charger.

The test mule was seen equipped with a telescopic fork, alloy wheels and a front disc brake. We expect these to feature on the production model as well.