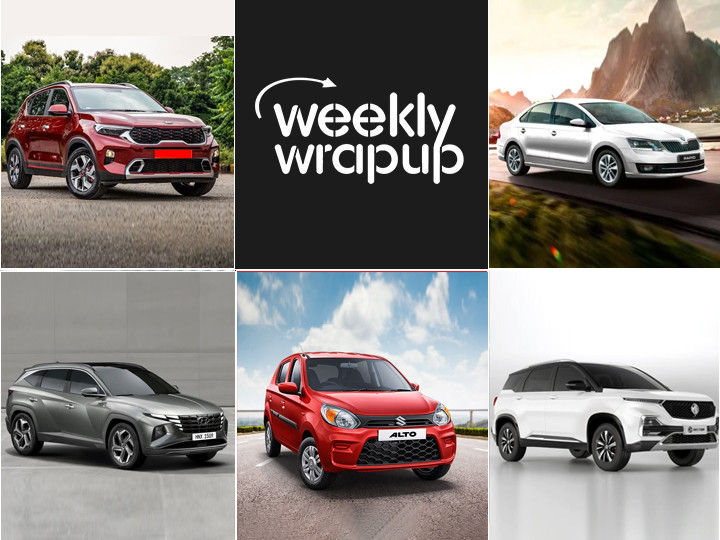 The past seven days were incredibly busy in the four-wheeler world with plenty of new launches and reveals. A new entrant made its way to the sub-4 metre SUV segment while the next iteration of a popular hatchback has been spotted testing. Here are the other news that made headlines over the past week:

The wait is finally over. Kia Motors had launched the Sonet. Though it might be late to the party, the Sonet has landed with a bang. It comes loaded with first-in-class features, has a wider range of engines and has the looks. What more could one ask for? Oh, there’s one more thing… the price.

Skoda Rapid Gets A Two Pedal Set Up

Skoda Auto India has introduced the automatic variants in the Rapid. Yes, enthusiasts might be disappointed to know that it doesn’t utilise a DSG. But the switch to the torque converter has given it a huge price advantage over its rivals.

Hyundai has taken the wraps off the next-gen Tucson, which comes with a sharper design, modern interior, more features and a cleaner set of engine options. But is this fancily-dressed Hyundai coming to India? Click here to find out.

Morris Garages has just revealed the dual-tone variant in the Hector dubbed the Dual Delight. It is offered in the top-spec Sharp variant only. Bookings are also open and you can reserve one via the carmaker’s official website. For details, head here.

Maruti Suzuki has begun work on the next-gen Alto and a test mule has been spotted testing in the country. It looks slightly larger due to the possible increase in its wheelbase and will feature new design elements to differentiate it from the current-gen model. Have a closer look at the Alto right here.