This Evoque With A Magical Roof Costs Rs 69.53 lakh In India!

The ultimate head-turning SUV is here 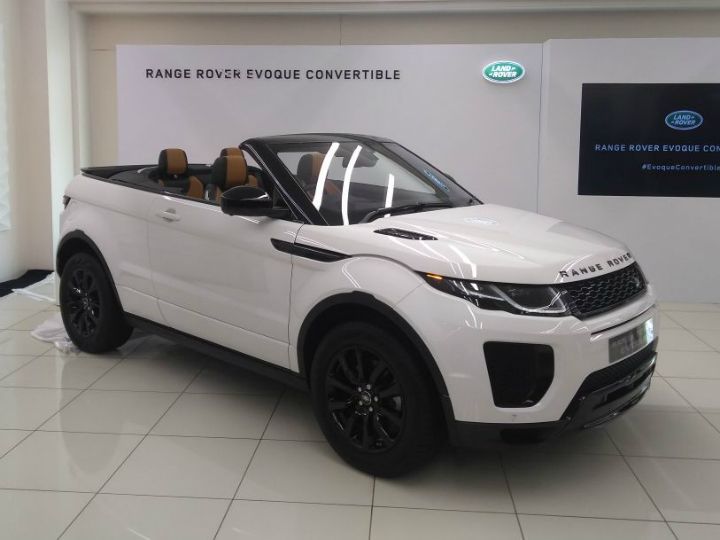 Land Rover has launched the country’s first convertible SUV with a fabric roof that folds neatly into the boot at a touch of a button. The Range Rover Evoque Convertible promises the off-road ability and good looks of Land Rover’s design icon along with the luxurious feeling of open-air motoring.

The ‘Z-Folding’ roof of the Evoque Convertible folds into its compartment behind the rear seats in 18 seconds, claims Land Rover, and can be deployed/folded at speeds of up to 48kmph. The Range Rover Evoque Convertible is exclusively available as a two-door and is being offered in India only in the top-of-the-line HSE Dynamic variant priced at Rs 69.53 lakh, ex-showroom India, which is Rs 9.54 lakh more than the comparable 5-door Evoque (Rs. 59.99 lakh).

Apart from the fabric roof, it is hard to tell the Convertible apart from the Coupe. The all-LED headlights with the Evoque’s signature LED DRLs, the petite grille, large side intakes topped by LED fog lamps, black louvres on the hood, black fender vent, the rising shoulder line, flared wheel arches, 18-inch alloy wheels, compact LED taillamps and twin exhausts are the same as the 5-door or the coupe. In spite of having no roof, the Evoque Convertible still has a hatch-door for the luggage compartment!

Inside, the Evoque Convertible is a proper 4-seater, with less space for the rear passengers than usual because of the convertible mechanism. Both the front seats get 12-way electrical adjustability, while the rear passengers can use the fat centre armrest provided to them for extra comfort. The dashboard design is similar to any other Evoque, with the centerpiece being the InTouch Pro touchscreen infotainment screen paired to a 16-speaker 825W Meridian surround sound system. A heads-up display, configurable ambient lighting, two-zone climate control with vents for the rear cabin, and illuminated tread plates are the other highlights on the inside.

For now, the Range Rover Evoque Convertible will only be offered with a 4-cylinder Ingenium petrol engine, developing 241PS of maximum power and 340Nm of peak torque. Power is transferred through a 9-speed ZF automatic transmission to all the wheels by an intelligent AWD system. Land Rover’s signature Terrain Response system is offered as standard, providing the best grip on any surface. For those looking to take the Evoque Convertible off-road, the All Terrain Progress Control feature is also offered - this is like a slow cruise control system which maintains a constant speed (from 1.8kmph to 30kmph) over tricky terrain. A 500mm wading depth capability also means the Convertible can go wherever its fixed-roof variants can.

Recommended Variant : Range Rover Evoque 2.0 TD4 HSE
Was this article helpful Yes No
Sorry about that