Tata is working on an all new compact SUV which has been code named the Osprey. The new Osprey is based on the Bolt/Zest platform and come with both a petrol and a diesel engine. 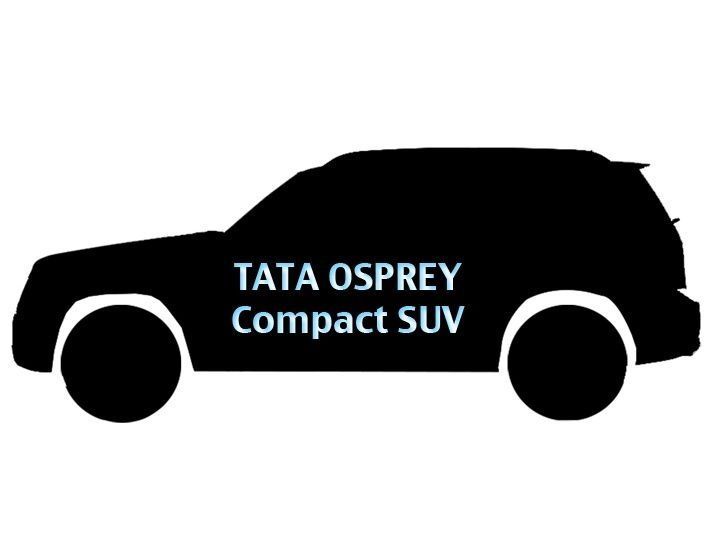 Tata Motors has a large range of vehicles that are just around the corner. This of course includes the likes of the Kite hatchback and sedan and the Hexa crossover that will replace the Aria. There will also be a new compact SUV which has been internally codenamed the Osprey. The new SUV will go up against the likes of the Ford Ecosport and the Mahindra TUV300 along with the upcoming Maruti XA Alpha. The new Tata Osprey will be priced between Rs 6-10 lakhs and will be launched in late 2016.

Although not much is known about the Tata Osprey compact SUV, the car will be based on the same platform that underpins the Tata Zest and Bolt. The new compact SUV will also get the same 1.2-litre petrol Revotron engine and the 1.3-litre Multijet engine that is supplied by Fiat. There will also be a diesel version of the car with an AMT gearbox just like the Zest gets. Considering the fact that the TUV300 gets 7 seats, Tata might also consider giving the Osprey a similar sitting layout to take the TUV300 on.

Expect the Osprey to be based on the Nexon concept that was showcased at the 2014 Indian Auto Expo and to get styling features like a tailgate mounted spare wheel to make it look tougher and more aggressive. Also expect the Osprey to be high in terms of space on the insides and high in terms of the kind of gadgetry you get in terms of the infotainment systems. Although the Osprey is still in prototype stages, we expect to see some test mules up and about in the next few months. Expect an early 2017 or late 2016 launch for this new SUV.