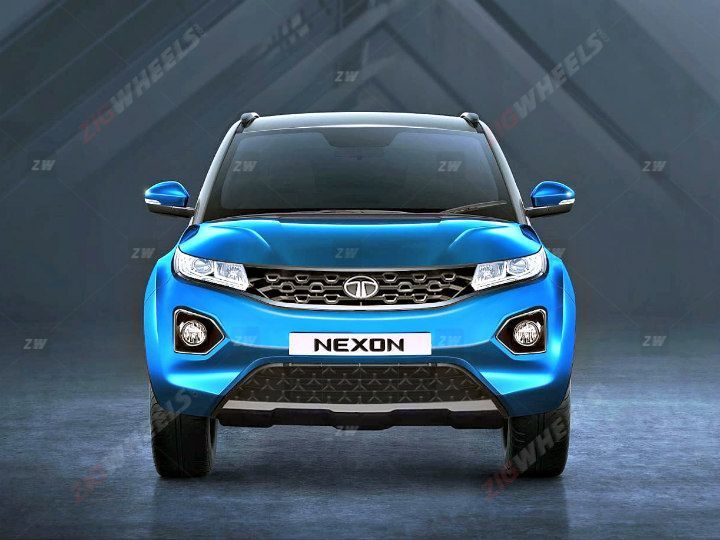 The Tata Nexon is starting to lose steam amidst newer rivals in the compact SUV space. In fact, the recently launched Hyundai Venue has garnered 75,000 bookings in four months, which is quite impressive considering the current slump in the Indian automotive industry. However, Tata Motors has been hard at work in a bid to update the Nexon. And this is the first time that the front end of the Nexon facelift has been spied. The facelifted model is expected to come with BS6-compliant engines as well. The homegrown carmaker is also working on the Nexon electric vehicle (EV), which will debut its Ziptron electric powertrain. Both models are expected to debut at the Auto Expo 2020.

Visually, the Nexon facelift’s front fascia resembles the bigger Harrier, which is no bad thing. It gets a more upright nose that houses a sleek grille which merges with the slim projector headlamps. The lower half mimics the Harrier with a trapezoidal grille. While the test mule spied here doesn't get any changes to the profile or its rear, we expect redesigned wheels and tail lamps to make it to the final version.

Inside, the Nexon is expected to get a couple of updates to keep things fresh. This includes a new digital instrument cluster a la the Nexon EV and a steering wheel from the Altroz. The facelifted Nexon is expected to get premium features like cruise control, a colour multi-info display as well automatic headlamps. Features like a touchscreen infotainment system, Android Auto, Apple CarPlay, Harman sound system, climate control, steering-mounted controls, keyless entry as well as push button start/stop are expected to be retained.

Under the hood, the Nexon is expected to chug on with the 1.2-litre petrol engine and 1.5-litre diesel unit, albeit with updates to meet BS6 emission norms. Currently, the petrol unit develops 110PS of power and 170Nm of peak torque while the diesel engine churns out 110PS and 260Nm. Both engines can be had with a 6-speed manual or an AMT. We also know that Tata Motors will debut its Ziptron electric powertrain in the upcoming Nexon EV. While Tata is yet to reveal the technical specifications of this new powertrain, we expect it to offer a range of around 300km. Celebrities Milind Soman and Ankita Konwa are currently participating in the #TheUltimateElectricDrive campaign, test driving the Nexon EV prototype from Manali to Leh.