Skoda will unveil the rival to the best-selling SUV, the Hyundai Creta, tomorrow. 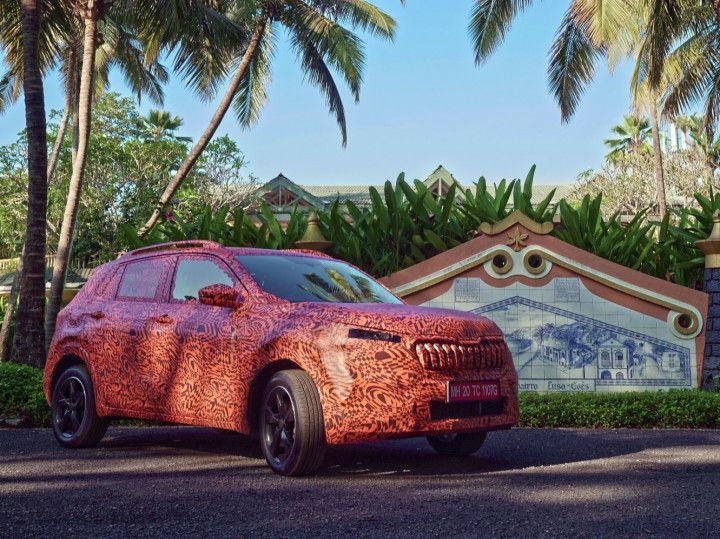 The Creta-rivalling Skoda Kushaq has been the talk of the town ever since its concept-spec, the Vision IN, was showcased at the 2020 Auto Expo. Now, Skoda is all set to take the wraps off the production-spec model on March 18. The Kushaq will be the carmaker’s first made-in-India SUV with up to 95 percent localisation and the first SUV to be based on the MQB-A0-IN (the localised version of the VW Group’s smallest modular MQB-A0 platform).

With its global premiere just a few hours away, here are five things you must know about the Kushaq:

Skoda had earlier released the design sketches of the production-spec Kushaq’s exterior, and by the looks of it, not much has changed from the Vision IN concept. It comes with Skoda’s signature butterfly grille sitting between the LED headlamps with the fog lamps placed right below it. The flared wheel arches, upright stance, and flowing shoulder line lend the profile character. The body cladding further amplifies the SUV’s style quotient. The C-shaped LED tail lamps seem to be inspired by the Kodiaq, while a rugged bumper tops off the styling on the outside.

How does it look on the inside?

Much like the exterior, the Kushaq’s interior also retains most of the concept’s elements. There’s a two-spoke steering wheel, a dual-tone dashboard with orange trim elements, a floating touchscreen infotainment system, and below it the climate control. The driver also gets a digital instrument screen (at least as suggested in the sketches).

The Kushaq gets a 2,651mm wheelbase, which is longer than that of the Kia Seltos and Hyundai Creta. It can accommodate four passengers easily, as we experienced during the prototype drive.

The usual suspects include a touchscreen infotainment system with Android Auto and Apple CarPlay, connected car tech with OTA updates, a sunroof, cruise control, push-button start, ambient lighting, and climate control. Safety should be taken care of by six airbags, ABS with EBD, tyre pressure monitoring, and a rear-view camera. Electronic stability control will be offered as standard across the range.

Skoda will provide the Kushaq with two turbo-petrol engines: a 1.0-litre and a 1.5-litre unit. Yes, it will be a petrol-only offering. A 6-speed manual transmission will come as standard. While the smaller engine will come with an optional 6-speed torque converter, the larger motor can be paired with a 7-speed DSG.

We expect the Skoda Kushaq to be priced between Rs 9 lakh and Rs 17 lakh (ex-showroom). It will lock horns with the Kia Seltos, Hyundai Creta, and its upcoming cousin, the VW Taigun.