Skoda Will Launch The Karoq, Rapid TSI And Superb Facelift In India Post-Lockdown 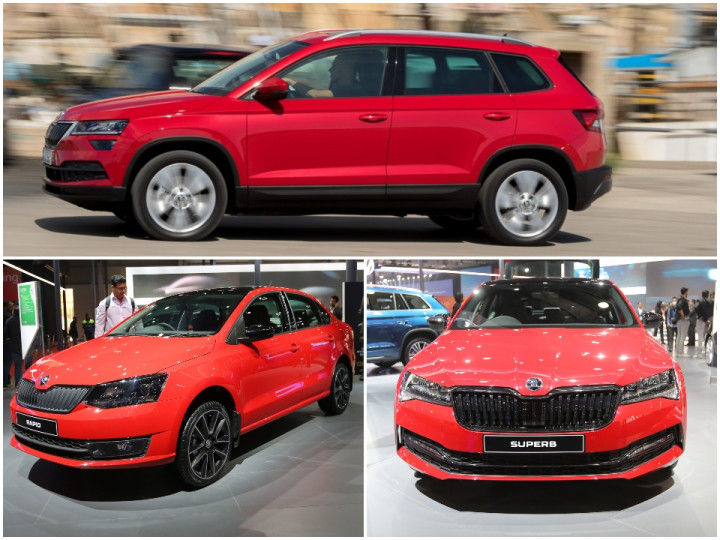 Skoda India has three models up its sleeve for India: the Karoq, facelifted Superb, and BS6-compliant Rapid. The carmaker’s plans to launch all three models were delayed due to the ongoing coronavirus lockdown. All three cars were unveiled at Auto Expo 2020. You can read about it here. We expect them to be launched successively after the quarantine is lifted and dealerships are allowed to restart operations.

The 2020 Skoda Superb facelift was scheduled for launch in April this year, so it could be the first of the three cars to be launched after the lockdown has been lifted. The full-size sedan gets slight revisions to the front and rear fascias and a new BS6-compliant 2.0-litre TSI engine which makes 190PS of power and 320Nm of torque. A 7-speed DSG dual-clutch automatic is likely to be the only transmission on offer. Expect ex-showroom prices to be in the ballpark of Rs 30 lakh for the Toyota Camry rival.

Skoda’s Karoq is the carmaker’s return to the mid-size SUV segment after the Yeti. It will be powered by a 1.5-litre TSI petrol engine good for 150PS and 250Nm of torque. Once launched, the Karoq will rival the Jeep Compass, Kia Seltos, and the Volkswagen T-Roc. It is likely to be priced upwards of Rs 17 lakh (ex-showroom).

The Rapid is Skoda’s most affordable car in India. After being sold for years with minimal powertrain and platform changes, the sedan is about to get an all-new engine under its bonnet. The 1.0-litre TSI turbo petrol engine will be the most powerful ever equipped in the Rapid. It’s expected to make 110PS of power and 175Nm of torque and is likely to be paired with a standard 6-speed manual or an optional 6-speed torque converter automatic gearbox. We expect it to be priced from Rs 10 lakh onwards (ex-showroom).