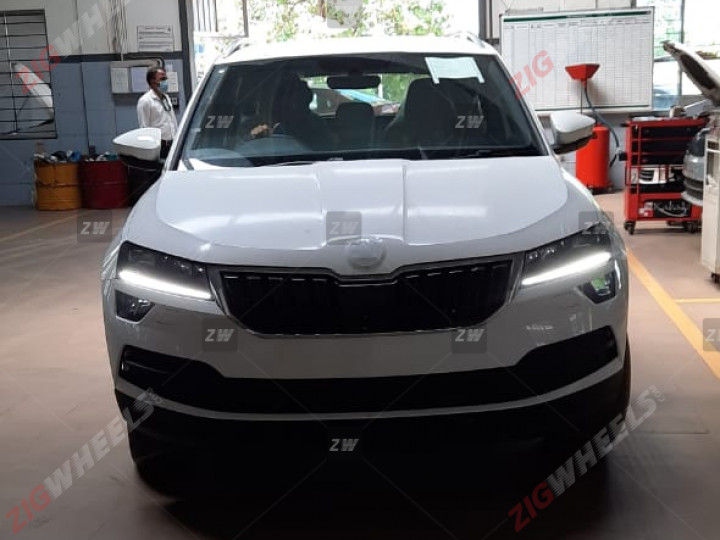 Skoda India is all set to launch the Karoq on May 26 and bookings are open for a token amount of Rs 50,000. The Karoq is Skoda’s attempt in the midsize SUV segment and will be brought to India as a completely built unit (CBU). Here are five things you need to know about the upcoming model:

The exterior of the Skoda Karoq looks similar to the Kodiaq, which is no bad thing. The front-end comes with traditional Skoda design elements like a butterfly grille and sleek LED headlamps. In profile, the Karoq’s profile looks like a miniature of the Kodiaq while the 17-inch dual-tone alloy wheels fill up the arches nicely. Moving on to the rear, the Karoq comes with slick ‘C’ shaped LED tail lamps.

Just like the exterior, the interior of the Karoq mimics the premium Kodiaq. The infotainment system, steering wheel, and the climate control knobs are a direct lift from its bigger sibling. Other highlights include a digital driver’s display.

The Skoda Karoq will come with a 1.5-litre TSI petrol engine only. It develops 150PS of power, 250Nm of torque and will be paired with a 7-speed DSG. This engine will also feature active cylinder technology, shutting off two cylinders for additional fuel economy during minimal load. There won’t be a diesel Karoq on offer anytime soon as Skoda Auto Volkswagen India will be taking the petrol-only route in the BS6 era.

The Skoda Karoq is expected to be priced from Rs 20 lakh. It will lock horns with the Jeep Compass and the recently launched Volkswagen T-ROC.