Revolt’s electric motorcycles are booked out for 2019 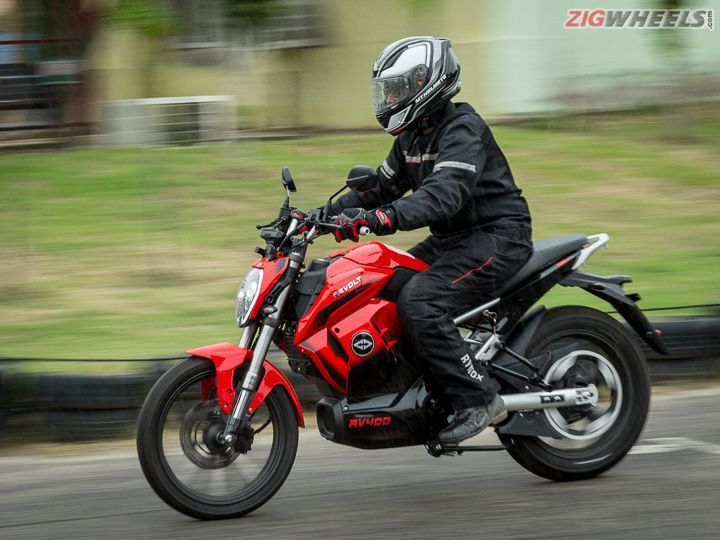 Starting today, Revolt has commenced deliveries of its RV400 electric motorcycle. Revolt has received fantastic customer response for its RV300 and RV400 electric motorcycles which have been booked out for this year. For Pune customers, deliveries are expected to commence by end-October. Bookings for the January and February are open now. Know about Revolt pricing details and plans here.

We've also come to know that Revolt will begin to sell the RV400 in five major Indian cities. It currently sells the electric motorcycle in Delhi and Pune and plans to expand to Hyderabad, Chennai, Bangalore, Mumbai and Ahmedabad in the next 4 months.

The RV300 and RV400 are the first electric motorcycles launched in India. Both get features like all-LED lighting, digital instrument console, 4G connectivity with geo-fencing features and access to the Revolt app. The larger RV400 gets extra features like keyless start via the app and artificial sound. Know more details about these two motorcycles here.

Revolt has done well considering that it has commenced deliveries within two months of launching the RV400.

Here is a press release from the manufacturer.

Bookings closed for the batch of November and December

Manesar, October 25, 2019: Revolutionizing the Indian mobility sector with not only class-leading products but also the way you purchase them, Revolt Intellicorp today began deliveries of the first batch of its RV400 in Delhi. The bikes will be handed over to customers as per the booking sequence from the four Revolt Hubs in Gujranwala Town, Safdarjung, Preet Vihar and Dwarka.

With an innovative go-to-market pricing strategy, which makes owning and riding the bike hassle-free experience, the company has received tremendous response from the consumers. Commencing deliveries in the city, bikes are already rolling out of the production line and the company aims to close all deliveries at the earliest.

Rahul Sharma, Founder, Revolt Intellicorp Pvt. Ltd, said, “At Revolt, last few months have been incredible with everyone working round the clock to make our collective dream come true. We have received an overwhelming response in terms of bookings from our customers and we are confident that they are going to enjoy their riding experience with RV400. We would like to take the opportunity to thank India for the tremendous response, and having the trust and patience in an emerging brand. We are now sold out for the November and December batch too. The bookings are now open for January-February 2020.”

The company’s first offering – Revolt RV400 comes with a promise to bring cool, smart mobility solutions that are high on performance and aesthetics. The AI-enabled motorcycle has an ARAI certified range of 156 kms and a top speed of 80 km/hr. The Revolt RV400 is the first step towards providing sustainable, affordable mobility to every Indian home. With cutting edge design, technology and riding dynamics to create new benchmarks in the industry, the RV400 will be available at INR 3,999 per month and the RV300 at INR 2,999 per month.