Confirmed: Here’s What The Upcoming Renault RBC Will Be Called

Based on a new modular platform, the Triber will sit below the Duster in Renault’s lineup 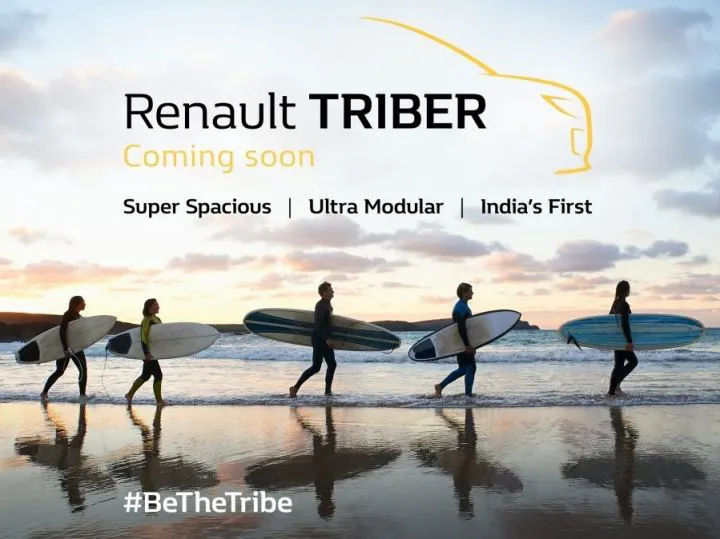 Renault has today announced the name for its long-awaited RBC. Christened the Triber, the upcoming car is likely to be positioned as a premium hatchback along the lines of the Maruti Suzuki Baleno and the Hyundai Elite i20 in terms of size and space. Renault claims that the Triber has been designed and developed for India and is based on a new platform which will bring first-of-its-kind modularity in the segment. Although details are still scant, Renault has hinted that it has paid close attention to practicality. Renault even claims that the Triber will come with best-in-class space. What segment will it compete in? Well, that remains to be seen.

While it's still unclear whether it is going to be a 5-seater or feature a 5+2 layout, spy shots of the Triber we captured last month show an MPV-like design in a size smaller than the Lodgy. In terms of powertrain, we expect the Triber to be powered by Renault-Nissan-Mitsubishi Alliance’s 1.2-litre petrol engine that powers the Datsun GO twins. But there are rumours of the Triber getting a new 1.0-litre turbocharged engine as well. An automatic transmission is also on the cards. But, the Triber might not feature a diesel engine, at least at the time of launch.

In terms of its appeal, Renault is likely to keep it on the premium side with inclusions like automatic climate control, touchscreen infotainment system, dual-tone interiors with chrome inserts, 15-inch alloy wheels, projector headlamps, LED DRLs, and a two-tone paint job with various customisation options.

The Triber will be the first new product from Renault in India since the Captur that was launched back in November 2017. From what we can infer from the test mule, it should be priced between Rs 5 lakh and Rs 7.5 lakh. This would put it up against the Maruti Baleno and the Hyundai Elite i20 in terms of price. Would you consider buying a premium hatchback from Renault? Let us know in the comments below.