Remembering Nearly Two Decades Of The Toyota Corolla In India 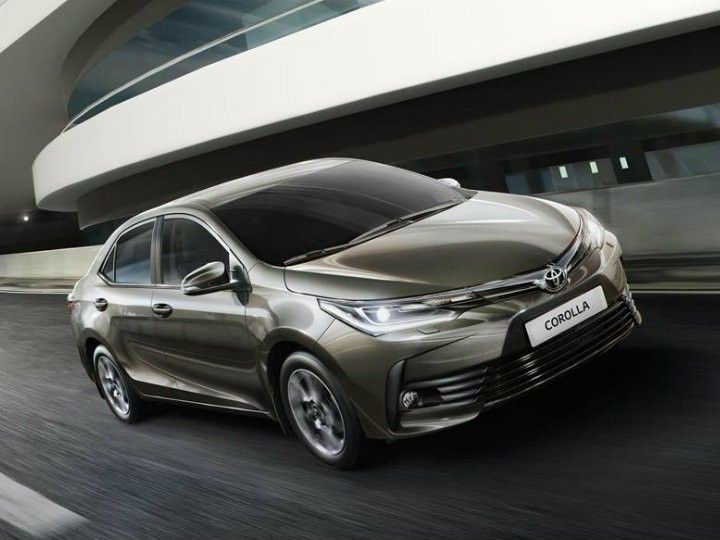 As the BS6 era kicked off in India on April 1, Toyota dropped some of its BS4 family of compact cars. One of them was the Corolla Altis. Oddly enough, this mid-size sedan has been one of the most popular cars in international markets.

The Corolla name made its debut in 1966, and has spanned 64 years and 12 generations, with more than 44 million car sold within that timeframe. India however, didn’t get its hands on the Corolla until the 9th iteration of the sedan showed up in 2003. Here’s a journey of the Corolla in India that has spanned 3 generations that includes facelifts for each one of them.

The first generation of the India-spec Corolla was powered by a 1.8 litre VVT-i petrol engine that delivered 125PS. It received all the bells and whistles with the highlights being reliability, rear seat comfort and luxury. It garnet enough success to become the largest selling executive car in India in 2004.

The biggest change to the Corolla came in 2008 in the form of a new iteration and a new name called the Corolla Altis. The 1.8 litre petrol mill was tweaked and produced 132PS. 2010 saw a diesel variant added to the Altis lineup with a 1.4 litre D-4D Diesel engine delivering 87PS. In terms of design, the Corolla Altis received major changes such as new taillights and headlights as well as redesigned bumpers . Interior highlights include an 8-way power driver's seat, HID headlamps, steering wheel with audio controls and MID switch, and an Optitron meter.

The sedan received a facelift in 2011, with the biggest change being a new dual VVT- i petrol engine that put out 140PS. The other change was a new super CVT-i transmission with 7- speed sequential shiftmatic as well as  a new 6-speed manual gearbox. Exterior changes consisted of new LED tail lamps, new front headlamps and a revised rear bumper.

The last generation update for India was the 11th gen Corolla Altis for international markets. Prices for the new sedan started at Rs 11.99 lakh (ex-showroom Delhi). It followed the company’s new design language, and shed the previous gen’s design for a more appealing look. It was 80mm longer than its prececessor, with a 100mm increase in wheelbase to 2700mm. Exterior highlights include the Toyota family grille, dual barrel headlamps with a DRL strip. On the inside, it received an all new touchscreen infotainment system as well as Bluetooth connectivity, illuminated cup holders, reverse camera and rain sensing wipers.  Under the hood, it retained the 1.8-litre VVTi petrol and the 1.4-litre D4-D diesel engine producing 140PS and 90PS of power. Both engines were paired with a six-speed manual gearbox, whereas the petrol option could also be had with a 7-speed CVT transmission.

The current and last iteration of the Corolla Altis was launched in India that was priced between Rs 16.45 lakh to 20.19 lakh (ex-showroom).  Exterior changes consisted of Bi-beam LED headlamps, a narrower grille, and LED taillamps. The cabin also received minor tweaks to the instrument cluster and a revised set of AC vents. It was powered by a 1.8-litre engine which made 140PS and 170Nm. A 1.4-litre diesel was available with 90PS and 205Nm. The six-speed manual and seven-speed CVT-i transmission was also retained. It took on the likes of the Skoda Octavia, Hyundai Elantra and the Honda Civic.

This discontinuation of the Corolla Altis brings to an end 3 generations and nearly 2 decades for the mid-size sedan in India, with no signs of introducing the 12th gen Corolla anytime soon. If a new iteration does come back, could we see a hybrid powertrain that’s present in the international markets? Well any hope of that could be expected by 2021.