The Glanza is Toyota’s entry-level vehicle in the BS6 era, but the Corolla Altis leaves a void in the carmaker's lineup 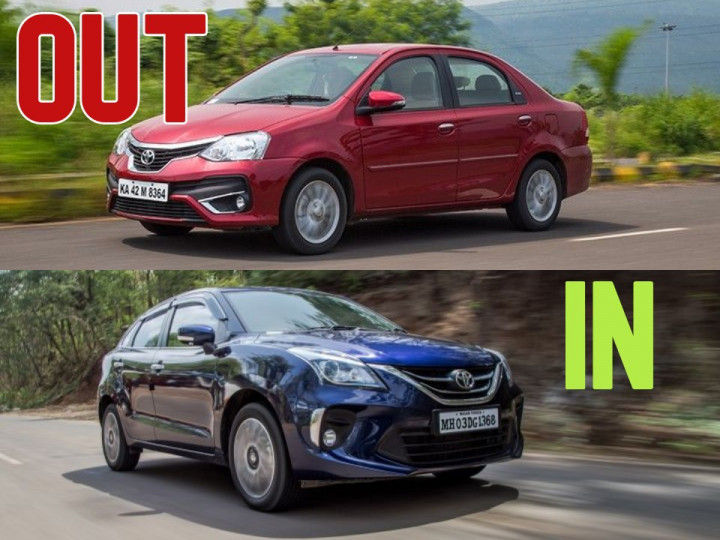 The new BS6 emission norms came into effect in India on April 1. The day also saw Toyota dropping its BS4 Etios family of compact cars and the Corolla Altis from the company website. Toyota’s entry-level model in the BS6 era is the Maruti Suzuki Baleno-based Glanza hatchback.

Toyota had stopped producing the Platinum Etios sedan, Etios Liva hatchback, and Etios Cross cross-hatchback in India in January. The carmaker did not update its 1.2-litre and 1.5-litre petrol engines and 1.5-litre diesel engine to BS6. These BS4 engines made 80PS/104Nm, 90PS/132Nm, and 68PS/170Nm, respectively.

The diesel was shared between each of the three models. Toyota’s hatchback had the 1.2-litre petrol, while the sedan was equipped with the larger 1.5-litre. The Etios Cross was available with all three engine options.

Toyota’s own compact car lineup hasn’t been a roaring success. Even though the Glanza doesn’t have the sales figures of its Maruti twin, it still outsells the Etios cars. The Glanza was introduced last year as a BS6 model. It is equipped with Suzuki’s 90PS/113Nm 1.2-litre K12C petrol engine, paired with a 12-volt mild-hybrid system. A 1.2-litre K12B BS6 petrol engine is also on offer which makes 83PS of power and 113Nm of torque.

The Corolla Altis was the eleventh generation of the Corolla. Its discontinuation indicates that the carmaker does not intend to introduce the twelfth-generation model any time soon. The Corolla Altis cost between Rs 16.45 lakh to 20.19 lakh (ex-showroom). It was powered by a 1.8-litre engine which made 140PS and 170Nm. A 1.4-litre diesel was available with 90PS and 205Nm.

You’ll have to spend a premium of Rs 1.3 lakh (ex-showroom) to get an entry-level base model Toyota. The BS6 hatch costs between Rs 6.98 lakh and Rs 8.90 lakh (ex-showroom). It may be pricier than the Rs 5.35 lakh base Etios Liva, but it offers more space and fuel economy than the latter.

The Glanza was the first product to be introduced under the Toyota-Suzuki joint venture. It could spawn three more rebadged models, an Ertiga-based MPV, a Vitara Brezza-based SUV, and a Ciaz-based sedan.