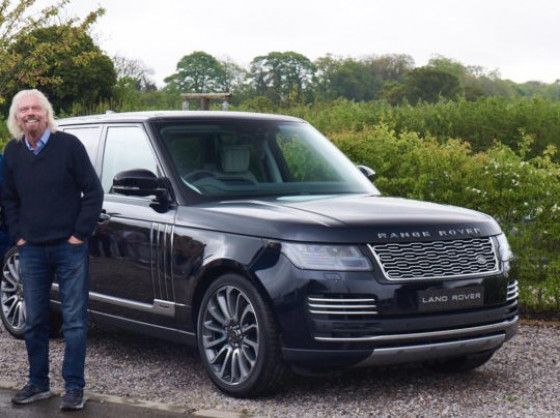 Virgin Galactic has seen the successful completion of its first flight in space with a full crew. The billionaire’s space race has just gotten a bit more competitive, with Sir Richard Branson’s Virgin Galactic now leading ahead of the world’s richest man, Jeff Bezos and his Blue Origin, and the world’s third richest man, Elon Musk and SpaceX.

So how do a Range Rover and a Land Rover Defender 110 fit in in a battle taking place above the skies? Well, Sir Richard pulled up for the mission, Unity 22, in a Range Rover Astronaut Edition. When he and his crew landed, the spacecraft was towed back by a Land Rover Defender 110. Land Rover’s vehicles are also used daily for towing space vehicles, carrying equipment and clearing runways before take-off. The carmaker’s models have been used by Virgin Galactic since 2014.

If you’re unaware of the space race and what’s going on right now, here’s a bit of info: Sir Richard, along with a crew of five others, was part of the first ever commercial space flight with a full crew, taking off and landing in Spaceport America, New Mexico. The Virgin Galactic spacecraft almost went out of the clutches of Earth’s gravity and the passengers even felt out-of-seat weightlessness.

Dubbed as the world’s first commercial spaceline, Virgin Galactic has already recorded 600 bookings. Fun fact, all of them will be transported to their respective flights in Land Rovers.