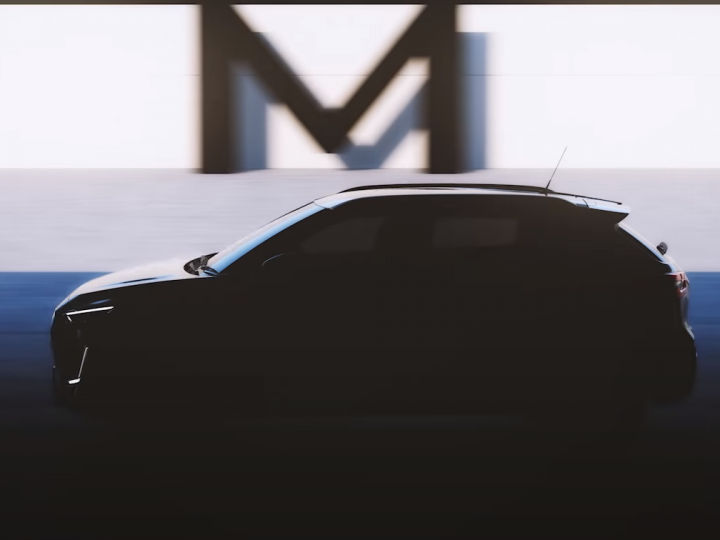 Until now, Nissan India had released teasers of its upcoming sub 4-metre SUV’s silhouette and rear tail lamp, giving us very little scope of imagination. But the carmaker recently released a new video on YouTube, revealing the India-bound SUV along with its global lineup.

For starters, the side profile of the SUV was teased along an ‘M’ backdrop, indicating it could indeed be called the Magnite. A small rewind back in time reveals that Datsun, Nissan’s sub-brand, actually trademarked the same name. In March 2020, a report stated that Nissan had also trademarked the same name and the recent video teaser could be supporting evidence of the upcoming SUV being called the Magnite.

Then there’s the design. The large single-piece grille and 'L' shaped fog lamps look quite similar to the recently launched redi-GO. Nissan has also used LED elements in the headlamps, giving it a premium look. In profile, the upcoming SUV bears resemblance to the Kicks with a crossover-like stance. Moving on to the back, we know it’ll feature split LED tail lamps.

The interior of the upcoming SUV is yet to be revealed. That said, it’s expected to come loaded to the brim with equipment. Some expected features include a large screen infotainment system with Android Auto and Apple CarPlay, connected car technology, cruise control, climate control, a 360-degree camera, and keyless entry with push button start. On the safety front, it could come with up to four airbags, ABS with EBD, rear parking sensors, and electronic stability control.

The Nissan Magnite is likely to reach showrooms by September 2020 and we expect aggressive pricing. In fact, this is one SUV that could bring back Nissan’s fortunes in the Indian market. The Magnite will lock horns with the Maruti Suzuki Vitara Brezza, Tata Nexon, Ford EcoSport, Hyundai Venue, and Mahindra XUV300.