It is expected to launch later this year 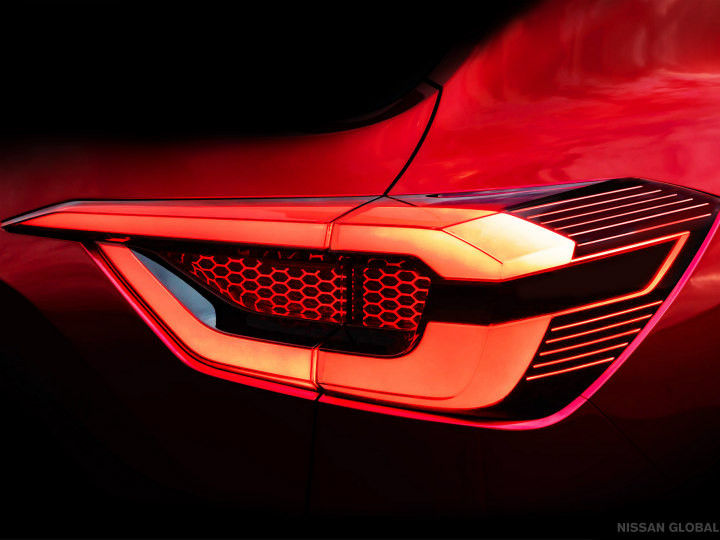 Barely a month ago, Nissan Motor India announced through a teaser image that it will launch a made-in-India compact SUV by the end of the year. And now, the carmaker has teased its new SUV yet again with an image of its tail lamp. Likely to be priced around Rs 9 lakh, the upcoming SUV could rival the likes of the Hyundai Venue, Tata Nexon, and Maruti Suzuki Vitara Brezza. Not just these, but by the time it arrives, Nissan will also have to ready it for competition from the Kia Sonet, Tata HBX, and Mahindra XUV300 Sportz shown at Auto Expo 2020, last week.

The new teaser image reveals a modern tail lamp with wraparound design and LED setup. We already know the SUV’s design resembles a crossover thanks to its previous teaser image. It also sports a contrast black roof and raked window line similar to the Nissan Kicks SUV.

Details of Nissan’s new SUV are still scarce, but the carmaker has revealed that it will be loaded with the latest in Nissan technology including its connected car tech, NissanConnect.

Under the hood, the new compact SUV is likely to be powered by petrol-only powertrains. It could possibly borrow the 1.0-litre turbocharged petrol engine from the upcoming Renault HBC SUV (link to spy story). It is expected to be BS6-compliant, make 95PS of power, and be paired with a 5-speed manual gearbox.

Expect Nissan’s new compact SUV to be launched during the second half of 2020. It will be the carmaker’s first made-in-India car after the Kicks and could slot below it. Once launched, it will take on the Hyundai Venue, Tata Nexon, Maruti Suzuki Vitara Brezza, and Renault’s upcoming sub-4m SUV.