Mystery Bajaj Scooter Spied Testing; Could This Be An E-scooter? 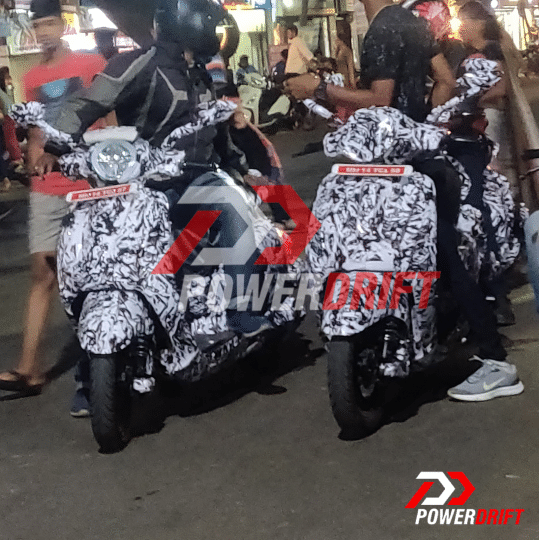 Earlier this year, India’s fourth largest two-wheeler manufacturer, Bajaj Auto, had confirmed that it will re-enter the scooter segment soon. Now, it seems like the homegrown manufacturer is on track as it was spotted testing a mystery scooter on the outskirts of Pune. While our first guess was that it could be a petrol-powered scooter, that may not be the case. Taking a closer look at the video, we can’t seem to find an exhaust manifold. Could it mean that this it could be the highly anticipated Bajaj Urbanite e-scooter? Possibly. But there’s a lot to be uncovered about this mysterious scooter!

Starting with the design, while the test mule was wrapped in full camouflage, a few distinctive elements could still be made out. For example, the overall look reminds us of the legendary Bajaj Chetak, but in a more modernized form, making it quite clear that Bajaj will be going down the retro route with its new scooter.

The rear section looks quite bulky and could house an electric motor. The taillight appears to be an LED unit. Additionally, the scooter also seems to sport a handlebar mounted headlamp, apron mounted turn indicators, a stepped seat and alloy wheels. Look closer and you will also spot a fully-digital instrument cluster.

From the looks of it, the new scooter will be placed in the conventional family-oriented segment, which is currently dominated by the Honda Activa and the TVS Jupiter. But, what remains to be seen is what kind of range or power it’ll pack.

So when can we expect to see upcoming scooter in the flesh? Hopefully, by the end of this year.