MV Agusta, one of the world’s most revered motorcycling marquee, has finally landed on our shores 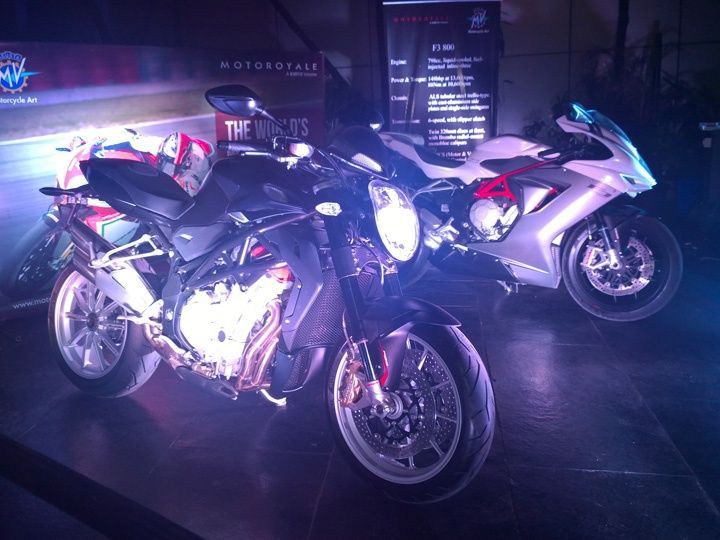 Here’s a quick quiz. What’s the most legendary name you can think of in motorcycling history? Okay, here’s another one: Name one manufacturer that can safely lay claim to have never made a dull or ugly or uninspired motorcycle. A marquee whose creations, all of them, can sit as comfortably in a modern art museum as in the living room of a billionaire playboy? If you’re thinking of MV Agusta by now, you’d be correct on all points.

And now, MV Agusta, now owned partly by Mercedes-AMG and the rest by the influential Castiglioni family, is officially in India, for the first time ever. The Kinetic Group, which has an exclusive arrangement with MV Agusta for the import and sale of the latter’s superbikes in India, unveiled its breathtakingly beautiful machines blueFROG, a hip joint in Pune, on Saturday 17th October. In the event that was attended by many major Pune-based motorcycling groups, comprising of more than 200 bikers and superbike enthusiasts, Ajinkya Firodia (MD, Kinetic World Pvt. Ltd.) unveiled the MV Agusta Brutale 1090 and MV Agusta F3 800,  to the attendees.

The MV Agusta Brutale 1090, which was originally designed by the legendary Italian motorcycle designer, Massimo Tamburini, is powered by a 1078cc four-cylinder engine that produces 144 PS and 112Nm of torque, good enough for a top speed of 265kph. The bike comes with advanced electronics - something that the Italians are steadily getting better at - including 8-stage traction control and ABS. Introductory ex-showroom (Pune) prices for the Brutale 1090 start at Rs 17.99 lakh, and delivery period for the bike is 2-3 weeks.

The MV Agusta F3 800, in our opinion one of the best looking production superbikes in the world right now, is powered by a 798cc three-cylinder engine, which produces an impressive 148 PS of peak power. Top whack is an equally impressive 269kph, and the bike comes equipped with 8-stage traction control and anti-lock brakes (ABS).  Pricing for the bike will be announced closer to its launch in India, which is scheduled for early-2016.

The Kinetic Group has an exclusive partnership with MV Agusta for the Indian market, and will be providing spares, service and aftersales support for MV Agusta customers in India. As part of its marketing strategy, the Kinetic Group will set up a chain of superbike showrooms, titled ‘Motoroyale,’ in major metro cities across India, for the retail of high-end superbikes.