Now, Recharge Your Scooter Batteries On The Go With These Solar Canopies

The setup claims to charge up to 1.5kW of the scooter’s battery per day 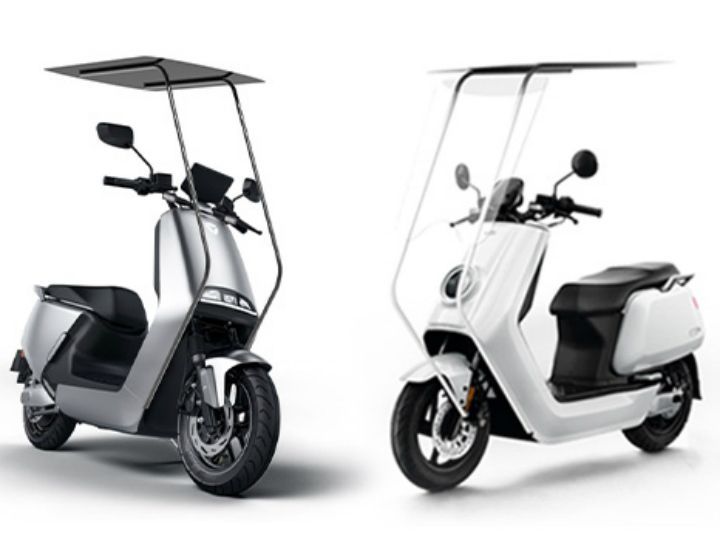 Motorola... err... I mean Motosola has come up with an ingenious solution to charge electric two-wheelers on the go. The electric startup offers a solar charging canopy with a support structure and windshield designed to fit onto any electric scooter. According to the company, the kit, is capable of returning a substantial charge back into the batteries using solar energy. It’s offered with two solar panel options: 100W or 150W.

Most electric scooters come equipped with a 1.5-2.4kW battery. The kit, on the other hand, claims to offer up to 1kw of charge per day under sunlight. If we were to take the Ather 450 for example, it would technically recover half the charge if it’s parked under direct sunlight for an entire day. And that’s doable considering your scooter sits idle pretty much the whole day while at work.

What we’re still uncertain about is the canopy’s performance against windblast. Its aerodynamic efficiency in other words. The drag against a relatively large windshield is most likely to be pretty high. However, according to Motosola, it shouldn't be a problem since the kit is designed for low-speed e-scooters - Essentially scooters with a top speed of 45-55kmph. However, the bolt-on kit may require some modifications to the battery compartment in order to accommodate the charge controller, connecting cables and battery terminals.

While there’s no official pricing just yet, the brand claims that the cost of the setup shouldn’t be any more than the price of a replacement battery. In fact, it’s likely to be less expensive.

A couple of small scale manufacturers in India have already come up with canopies for two-wheelers to protect the rider from rain. The Motosola solar charging kit could possibly replace these sunshades on EVs and greatly improve the usability aspect. Plus, the extra juice won't cost you a penny since its solar-powered. We sure hope Motosola introduces the kit here in India, albeit in a smaller, more compact form.