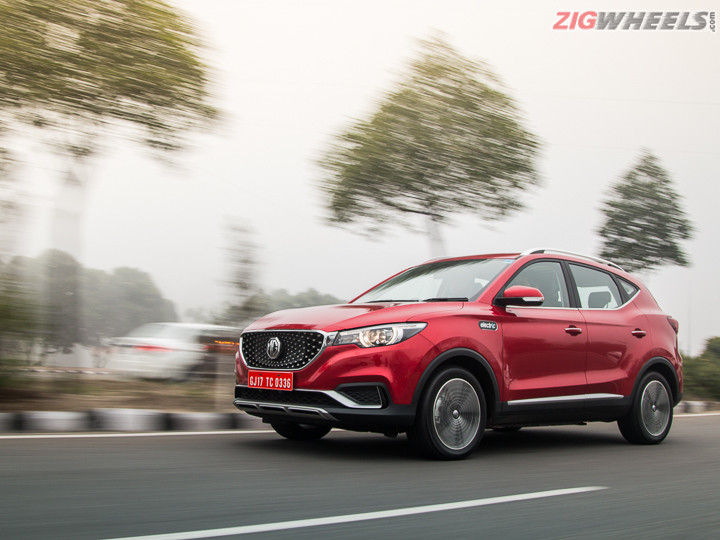 MG started accepting bookings for the ZS EV on December 21 last year against a token amount of Rs 50,000. The all-electric SUV will be available only in five cities initially: Delhi-NCR, Hyderabad, Mumbai, Ahmedabad and Bengaluru. There are two variants on offer: Excite and Exclusive. The prices of both will be revealed only once the ZS EV is launched later this month. Now, MG has announced that it will stop accepting bookings on January 17.

All the bookings made before January 17 will also be subject to exclusive pricing that is yet to be revealed. The ZS EV is capable of producing  143PS of power and 353Nm of torque from an electric motor that draws energy from an IP67-rated 44.5kWh battery pack. All this results in a 0-100kmph sprint time of 8.5 seconds. MG says the ZS EV can do 340km in a single charge, which will take 6-8 hours with a 7.4kWh wall box charger. Meanwhile, you can also use a fast charger that can juice up the battery from 0-80 per cent in an hour.

Out of the two variants on offer, Excite is the entry-level variant of the ZS EV. It misses out on roof rails, leather seats, dual-pane sunroof, PM2.5 air filter, iSmart EV 2.0 connected features, six-speaker system, and a few other features. Meanwhile, the Exclusive variant gets an 8-inch touchscreen, four speakers, six airbags, tyre pressure monitoring system, and ESP.

In other news, we’ve got our hands on an RTO document revealing a turbo petrol engined ZS SUV. Going by this, we can also expect conventional powertrain versions of the ZS soon. If you’re interested in getting home a ZS EV and want to know more about it, head to our first drive review. As for the pricing, we expect it to range from Rs 23 lakh to Rs 25 lakh.