It will be available in two variants - Excite and Exclusive 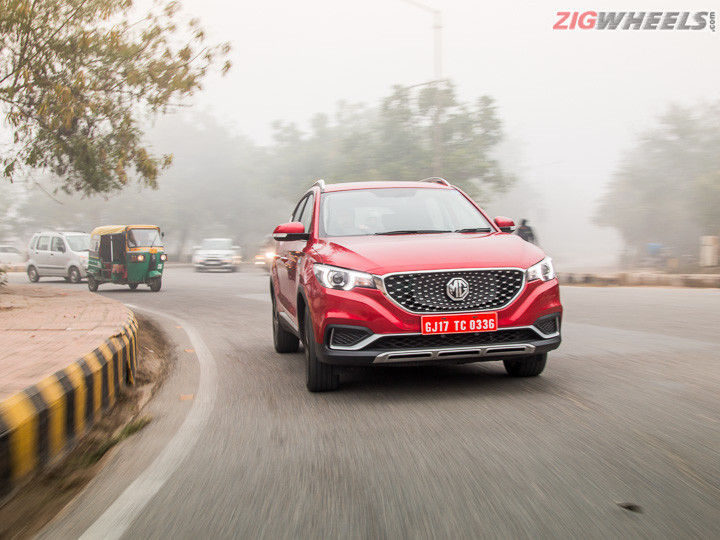 MG is now an established brand in India thanks to the Hector and its popularity. Next up from the British marque is the all-electric ZS EV. Unveiled in India on December 5, we know everything about the SUV, even how it drives. The only missing piece in the whole equation is the price, which will be revealed when the ZS EV is launched tomorrow.

MG had commenced bookings for the ZS EV on December 23 only to be closed on January 17. The bookings made during this span of time will also be subject to an introductory price tag, which will be revealed tomorrow. There will be two variants on offer - Excite and Exclusive.

The Excite will be the entry-level variant and it misses out on some features to keep the pricing down. The major misses in comparison to the Exclusive variant are roof rails, leather seats, dual-pane sunroof, PM2.5 air filter, six-way adjustable driver seat, rain-sensing front wiper, and iSmart EV 2.0 connected features. But the Excite variant does get some essential features such as the 8-inch touchscreen, four speakers, six airbags, tyre pressure monitoring system and ESP.

Powering the ZS EV is an electric motor that draws power from a IP67 rated 44.5kWh battery pack mounted underneath the floor. It produces 143PS and 353Nm of torque helping it reach the ton in 8.5 seconds. MG claims that the ZS EV is capable of covering 340km in a single charge. For charging duties, the ZS EV is equipped with fast-charging capabilities, enabling it to charge up from 0 to 80 per cent in an hour. The dash from 0 to 100 per cent will take anywhere between 6 to 8 hours with a normal 7.4kWhm wall box charger.

The ZS EV will only be available in five cities initially: Delhi-NCR, Hyderabad, Mumbai, Ahmedabad and Bengaluru. We expect MG to price the electric SUV from Rs 23 lakh to Rs 25 lakh. Meanwhile, the only competition for the ZS EV is the Hyundai Kona Electric.