Could be MG’s answer to the Ford Endeavour, Toyota Fortuner and Mahindra Alturas G4 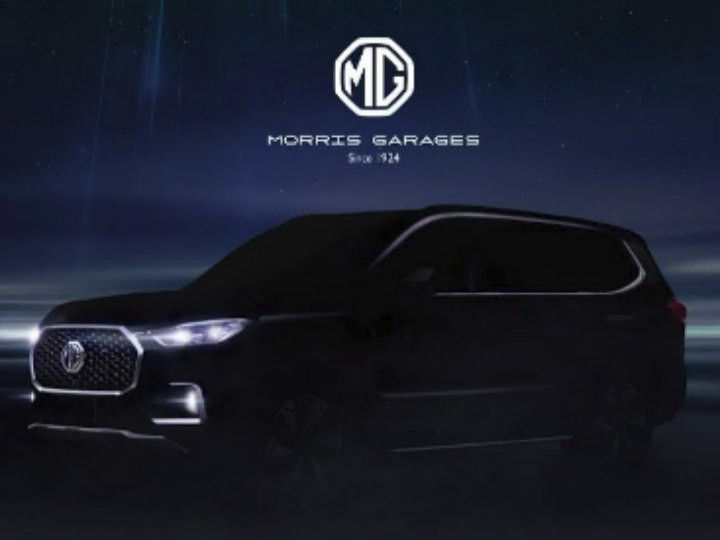 MG Motor India has revealed a teaser for the Auto Expo, revealing a February 5 live stream date. The tease also showcased the upcoming D90 7-seater SUV that was spied testing back in November 2019. It is already sold in China with the Maxus badge, with some slight changes expected to make it more suitable for the Indian market. It will be the third MG car for India.

The D90 is a 7-seater SUV that measures 5005 mm in length, 1932 mm in width, 1875 mm in height and has a wheelbase of 2950 mm. This makes it similar in size, if not bigger than the Ford Endeavor and Toyota Fortuner. The teaser Its large nature has also earned it a 5-star ANCAP crash test program (Australia New Car Assessment Program).

Feature highlights in the D90 include a 12.3-inch touchscreen infotainment system, cruise control, a digital instrument display, panoramic sunroof and a 360 degree camera. It also comes with other equipment such as tyre pressure monitoring system, blind spot detection and an electric tailgate.

The international spec D90 is powered by a 2.0-litre turbocharged petrol engine that produces 224PS of power and 360Nm of torque. It is paired to either a 6-speed manual or a 6-speed automatic transmission. It is also available in a 4WD option. The India spec MG D90 is likely to be powered by the Hector’s 2.0-litre diesel engine, albeit with slight performance tweaks.

While MG has yet to reveal a launch date for the D90 SUV, we expect it to launch by the end of 2020, with prices likely to start at Rs 30 lakh (ex-showroom, India). More details on this are likely to be revealed at Auto Expo 2020. Post launch, it will rival the likes of the Ford Endeavour and Toyota Fortuner.