Aside from a more powerful Dualjet petrol engine, it’s likely to get subtle upgrades 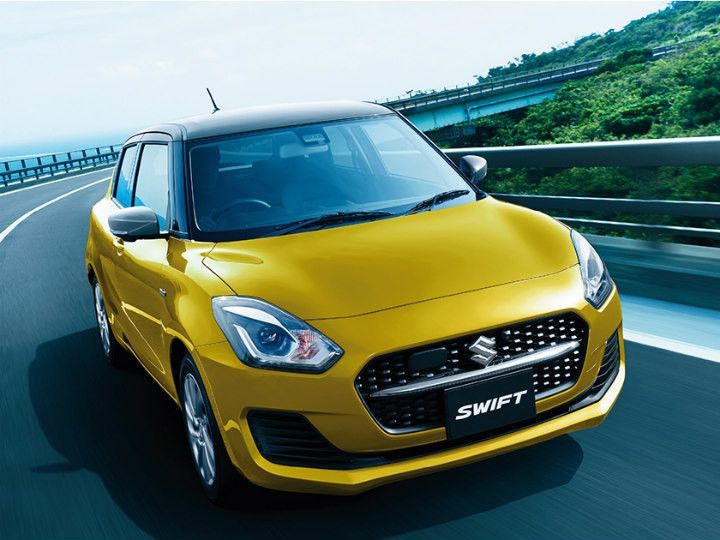 One of Maruti Suzuki’s most popular hatchbacks, the Swift, received a mid-life refresh overseas in May 2020, and it looks like the India-spec model will get it pretty soon. A partially covered model was spotted in the country for the first time, indicating a launch around February.

Unlike the Japanese-spec model, the India-spec model is largely similar to its predecessor with no updates to the bumpers and side skirts. While the front grille is covered, it is likely to get the new honeycomb mesh grille with a chrome strip in the middle. A new set of 16-inch wheels is also expected. That being said, the model did sport a new dual-tone red-black shade which could be exclusive to the top-spec variants.

Cabin shots are yet to be revealed, but the updates expected are minimal at best. It could get a new 4.2-inch coloured driver’s display, ESC, and hill control (for AMT variants) as well as new upholstery options as seen on the facelifted Dzire.

Expect the India-spec Swift facelift to be powered by the Dzire’s 1.2-litre Dualjet petrol engine that makes 90PS and 113Nm, 7PS more than the current K12B petrol engine. It could retain its 5-speed manual and AMT gearbox options.

The Maruti Suzuki Swift facelift could carry a minor premium over the pre-facelift model that retails from Rs 5.19 lakh to Rs 8.02 lakh (ex-showroom). It will rival the Hyundai Grand i10 Nios, Ford Figo, and Renault Triber.